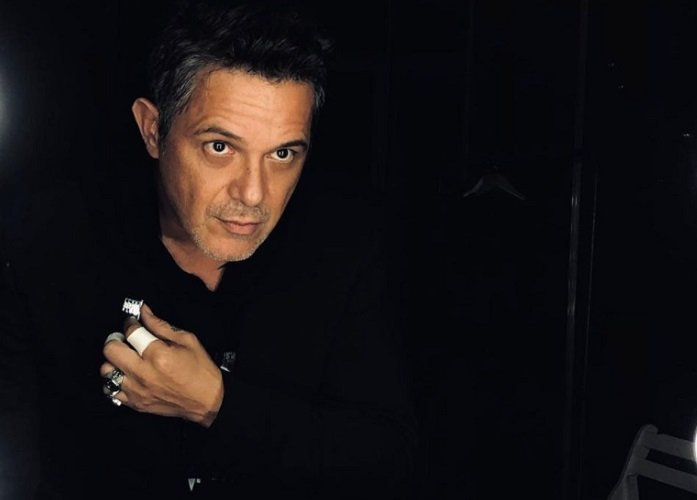 Today, Monday, Alejandro Sanz announced new dates for the American part of his “LAGIRA 2021” tour, which will take him to 12 cities in the country from October 8th.

The US tour will run throughout October and begin that day in Rosemont (Illinois), then continue in New York, Washington DC, Florida Orlando and Miami, according to a statement from the artist.

The second part will run with four dates in Texas (Irving, Hidalgo, Houston, and El Paso) and three stops in California San Diego – Thursday October 28 at the Cal Coast Credit Union Open Air Theater – and Los Angeles and San Jose, where the US Route will end on October 31.

Tickets will be on sale on Thursday April 29 at 10 AM local time until www.alejandrosanz.com s Ticketmaster.com. 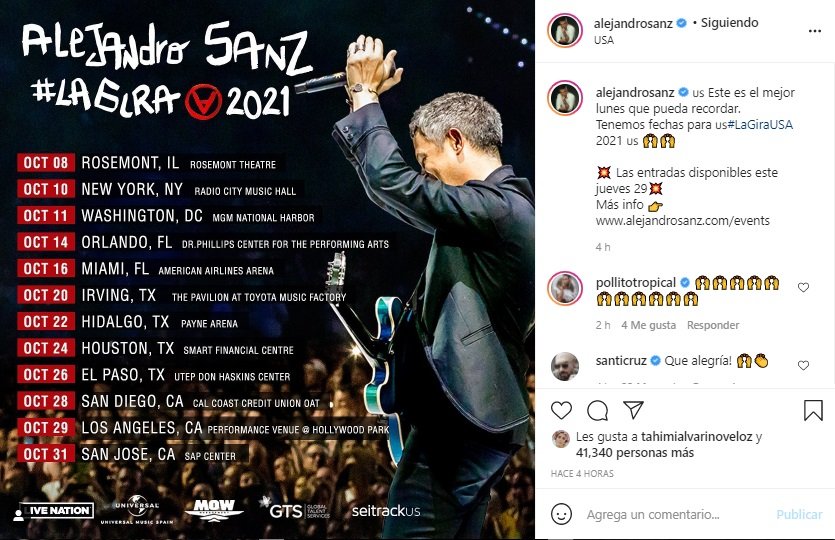 The Spaniard will visit the US with his latest studio album under his arm, ELDISCO, which has won a Grammy Award for Best Latin Album and three Latin Awards, awards that complement a world list of four Grammys and the 25 Latin Grammy Awards that make it. In the Spanish artist who has won the most number of these awards.

Already with the pandemic spreading around the world, in March 2020, Sanz performed via YouTube what counts as one of the first shows via broadcast on a digital platform, #LaGiraSeQuedaEnCasa, along with Juanes, and so far they have seen nearly five million people.

See also  After a great reaction, Nicholas Kicker reached the semi-finals in Finland

The song was later published The world is outsideWhich led to a documentary of the same name about the experience of distancing himself due to the virus.