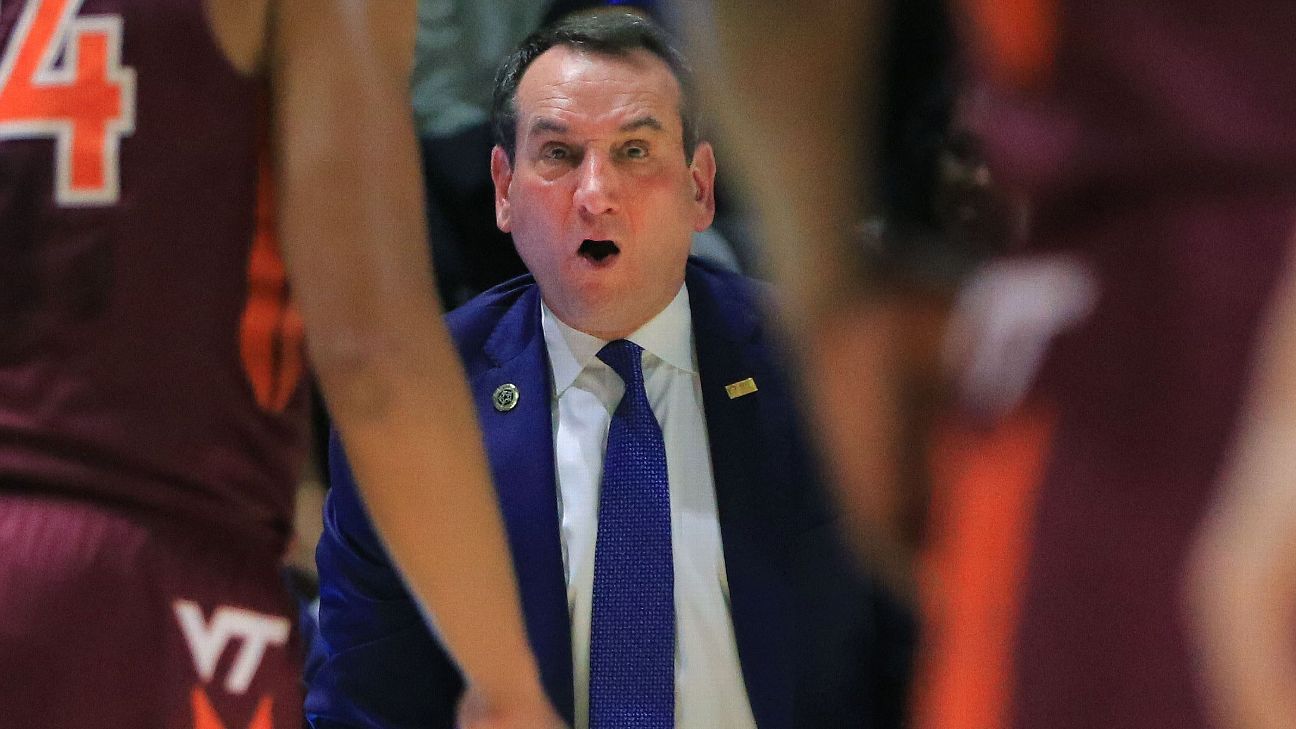 ACC men’s basketball coaches are proposing an expanded NBA championship for 2021 that will include each Division One team.

Many ACC coaches prefer to avoid matches without convention in the 2020-21 season due to complications from the coronavirus pandemic, with sources telling ESPN that Duke’s coach Mike Krzyzewski is leading the effort for an all-around NCAA tournament.

ACC coaches Wednesday voted to propose expanding the NCAA Championship 2021, sources confirmed to ESPN. The vote was first reported by the stadium.

Schools and coaches are expected to release statements about the suggestion throughout the day. Wake Forest coach Steve Forbes made the remark on Twitter.

“I am so proud to stand for United with every ACC coach in believing that every Division 1 college basketball program should be allowed to participate in the NCAA Championship this year!” Forbes tweeted. “This is the best for our student-athletes, fans and college basketball. Everyone who loves and cares about our great sport will stimulate our great sport during these unprecedented times, and provide a safe environment for everyone to participate in. Get this!”

The National Collegiate Athletic Association confirmed that the goal was still the 68-team NCAA Championship along the usual schedule from March to April, although NCAA President Mark Emert said in August that the NCAA Championship in a bubble environment with fewer than 68 teams could To occur.

“Starting with 64 teams is tough,” Emmert said in an interview on the NCAA website last month. “32, well, maybe that’s a manageable number. 16, definitely manageable. But you need to know that logistics.” “There are undoubtedly ways to make this work.”

“It is clear that it is expensive to do,” he added. “But we’re not going to run a tournament in a way that puts student-athletes at risk. If we need to make a bubble model and that’s the only way we can do it, we’ll find out.”

The NCAA Division 1 Board is expected to announce a decision on coordinating winter sports, including men’s and women’s basketball, on September 16.