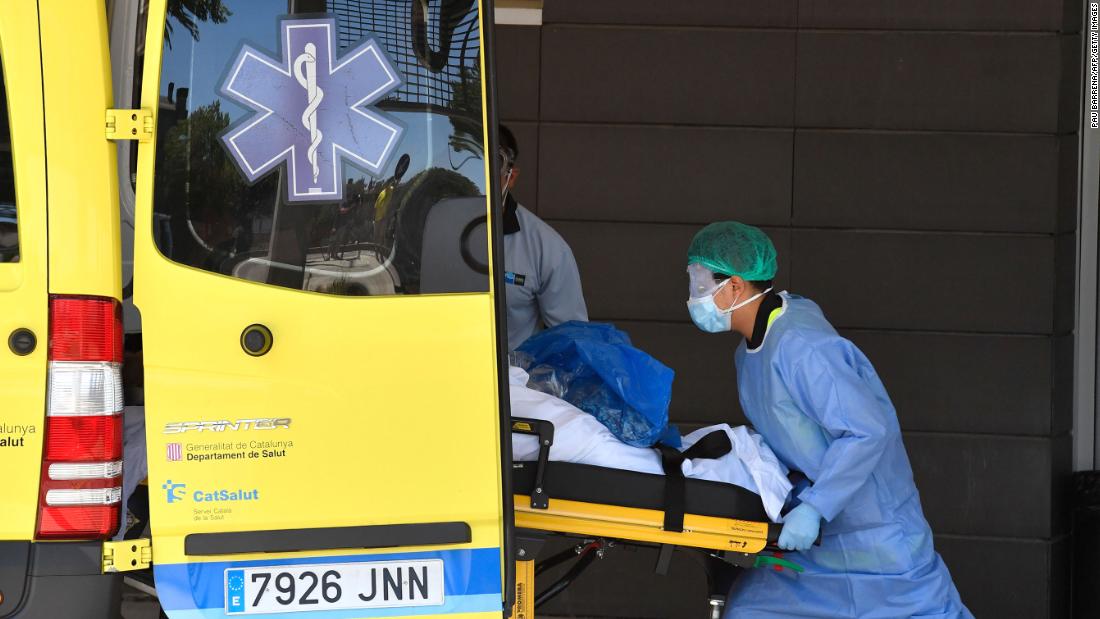 The findings show that 95% of the Spanish population remains susceptible to the virus. Herd immunity is achieved when enough of the population is infected with a virus or bacteria – or vaccinated against it – to stop its circulation.

The European Center for Disease Control told CNN that the Spanish study, on a nationally representative sample of more than 61,000 participants, appears to be the largest study to date among a dozen serological coronavirus studies conducted by European nations.

It is added to the findings of an antibody test involving 2,766 participants in Geneva, Switzerland, Posted in the Lancet on June 11th.
There are similar studies in China and the United States, and “the key finding of these representative groups is that the majority of the population remained unexposed” to Covid-19, “even in areas with a widespread virus,” he said. Lancet’s commentary published together with the findings of Spain.

“In light of these findings, any proposed approach to achieving herd immunity with natural infection is not only highly unethical, but also unfeasible,” said Lancet Commentary author Isabella Eckerle, head of the Geneva Center for Viral Diseases, and Benjamin Meyer, a virologist at the University of Geneva.

Doctors are not sure if there are antibodies to the coronavirus that someone can no longer become infected. It is not clear how long or how well antibodies protect people from the virus.

Spain’s peer-reviewed study began in April, while the nation remained in strict prison, and was conducted by leading government agencies for research and epidemiology.

“The relatively low seroprevalence observed in the context of the intense epidemic in Spain could serve as a reference to other countries. Currently, herd immunity is difficult to achieve without accepting collateral damage from many death-sensitive populations and overloading health systems,” the report said.

Lead author of the Spanish study Marina Pollán, director of the National Center for Epidemiology, told CNN: “Some experts have calculated that about 60% of seroprevalence can mean herd immunity. But we are very far from reaching that number.”

Spain was one of the countries in Europe hardest hit by the coronavirus with more than 28,000 deaths and 250,000 cases.

The Lancet published the results of the first phase of a Spanish study, conducted from April 27 to May 11, that showed an antibody prevalence across the country of 5%.

But the metropolitan area of ​​Madrid, the hardest hit country Covid-19, has more than 10% prevalence, and densely urban Barcelona had 7%, while many other coastal provinces had far lower rates.

Similarly, the incidence of Geneva was 10.8% in a Swiss survey conducted from April to early May, the Lancet reported.

“With the vast majority of the population not spreading to the infection, the virus circulation can quickly return to early pandemic dimensions in the second wave after the measures are lifted,” wrote the authors of the Lancet’s comments, Eckerle and Meyer.