A man was driving a car in a crowd of protesters in Portland, injuring 3 people, police said 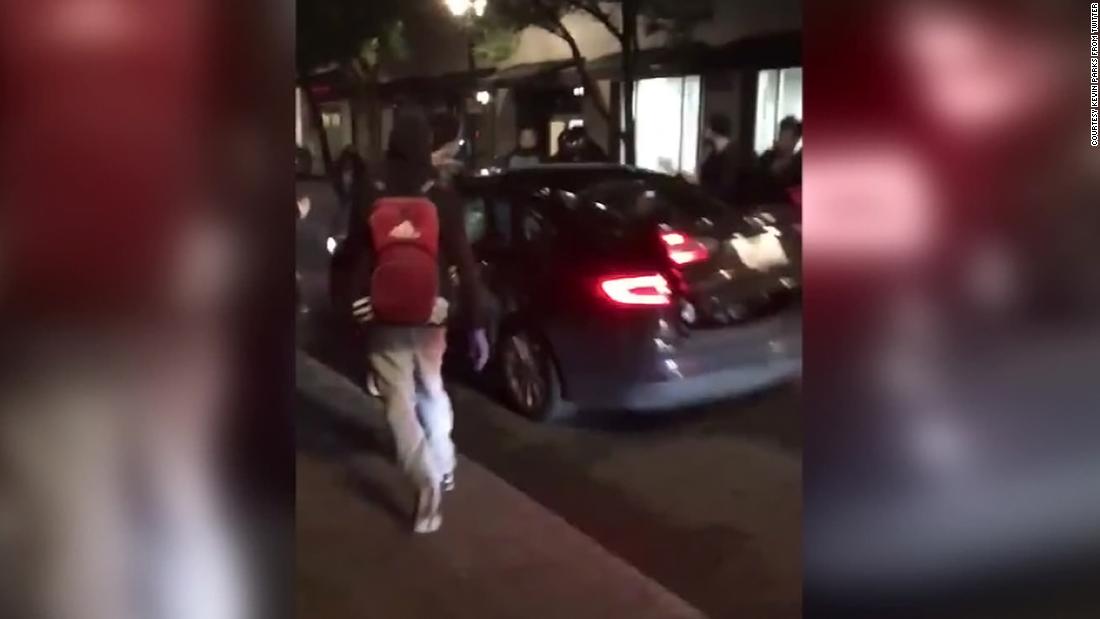 The incident, which occurred early Wednesday, occurred as protesters marched in downtown Portland, as part of decades of protests calling for police reform. It is a mirror of last week’s incident in Henrico County, Virginia, where a man was arrested after allegedly driving his car in the Black Lives Matter march.

Anthony Eaglehorse-Lassandro, 27, encountered a mass of protesters just after 1 p.m. on Middle ET near Southwest 3rd Avenue, near Alder Street in his car, police said in a statement. Eaglehorse-Lassandro then crashed into the crowd, hitting several protesters, driving “at high speed” and taking the wrong path through the streets, the statement added.

Eaglehorse-Lassandro injured three people, but all three had injuries that, police say, “are believed not to be life-threatening.” Two were rushed to hospital and one patient was taken for treatment in a personal car, police added.

After Eaglehorse-Lassandro fled the crash site in his car, police on the planes “were able to view the vehicle and provide location updates because the suspect vehicle was a reckless vehicle,” the statement said.

He was eventually arrested after hitting another car, a barrier and trying to escape on foot, police say.

Eaglehorse-Lassandro has been arrested on charges that include “Felony Hit and Run,” “Reckless Driving,” and “Possession of a Controlled Substance,” prison records show. It is not clear if there is a lawyer.

This was the only arrest related to the evening protests, police said.