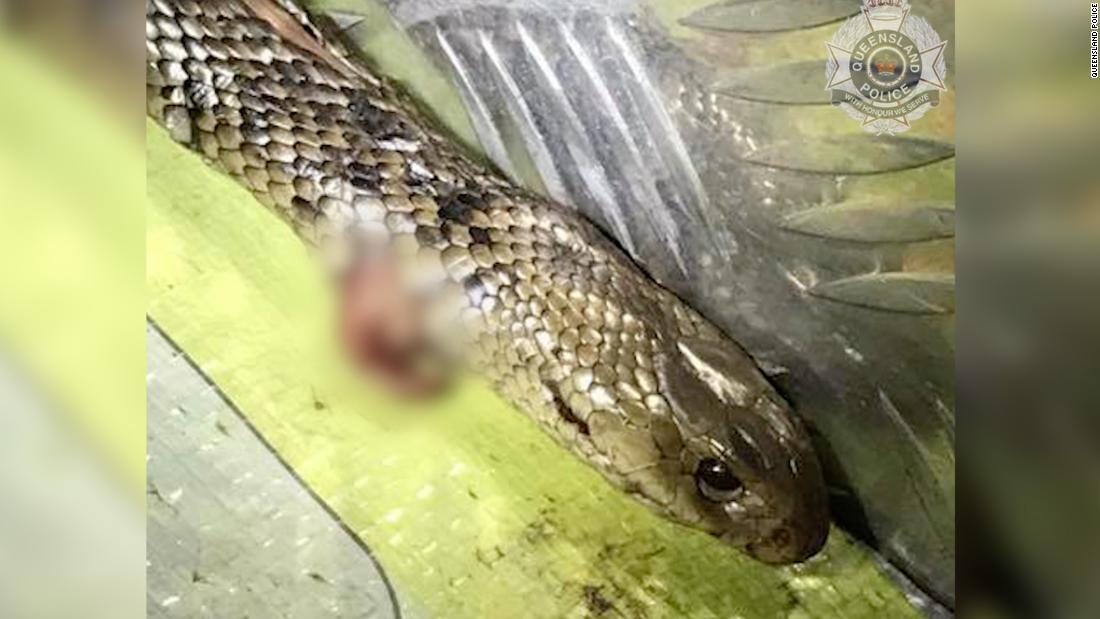 The driver, a 27-year-old man was identified only as “Jimmy” in a publication of police news announced Tuesday, he was moving down the Dawson Highway in Queensland at a speed of 100 kilometers per hour (62 mph) when he noticed a reptile in the vehicle.

He then used a seat belt and a knife nearby to fight him – while trying to stop the car.

Jimmy thought she had bitten him in the next belly and was afraid for his life. The bite of the eastern brown snake acts quickly and is fatal, and the venom can cause paralysis and bleeding in the brain.

So Jimmy killed the snake, hit the accelerator and headed for the nearest hospital. Then a police officer spotted his car, drove at 123 kilometers per hour (about 76 mph) and pulled him up.

“A brown snake or a tiger snake is in the back of the ute (truck). I think he bit me, I was in the car with me,” Jimmy can be heard saying by a police officer when he pulled up, in a video released by police on Tuesday. “You can feel my heart, my friend.”

The officer saw a dead snake lying in the back of the truck and called for help. When paramedics arrived, they found that Jimmy was not bitten, but had suffered a shock.

“It was pretty scary. I’ve never been so happy to see a red and a blue light,” Jimmy said in the video.