A 13,500-year-old bird figure discovered in China is a game changer for prehistoric art 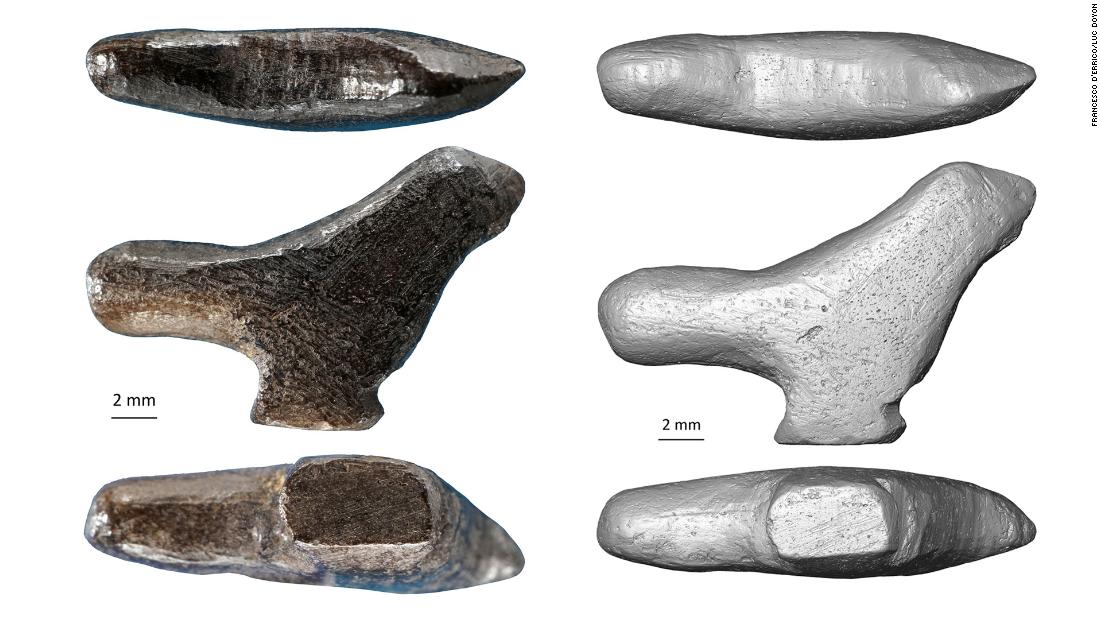 A Stone Age bird figurine discovered in China could be a “missing link” in our understanding of prehistoric art, research released on Wednesday showed.

The sculpture dates from nearly 13,500 years ago and is now the oldest known example of three-dimensional art in East Asia, and preceded discoveries in the region by nearly 8,500 years.

Described to be in an “exceptional state of preservation”, the figurine was found at an archeological site in Lingying, in the central Chinese province of Henan. It is handmade from burnt animal bone using a stone tool.

Researchers say the sculpture depicts a bird on a pedestal, pointing to deliberate markings where the creature’s eyes and account would be. The bird’s oversized tail is believed to have been made to prevent the figurine from leaning forward when placed on a base.

Significantly older artifacts have been discovered in Europe, with ivory mammoth figures from the area of ​​southern Germany the Swabian Jurassic which is believed to be older than 40,000 years. But much less is known about the emergence of Cypriot representations in other parts of the world.

“This discovery identifies an original artistic tradition and dates back more than 8,500 years to the representation of birds in Chinese art,” the authors said in a press release. “The figurine is technologically and stylistically different from other specimens found in Western Europe and Siberia, and it could be a missing link that traces the origins of the Chinese statue to the Paleolithic period.”

As they used radiocarbon dating to determine the age of the object, the scientists used a CT scan to discover the carving techniques used by a Paleolithic sculptor. They found evidence that grinding, measuring, scraping and chopping with stone tools were all used to make the figurines.

The excavation was led by researchers from East China’s Shandong University, along with experts from faculties in France, Israel and Norway. Li Zhanyang, who led the study, has been researching the site since 2005. Other discoveries include dish fragments, burnt animal remains and an ostrich egg pendant.

Li contributed to other archaeological finds in Lingying, including various ancient tools and two skulls belonging to an extinct species of early man. In 2019, he led the study in two incised bones, which is also located in the region, and which can date back 125,000 years.