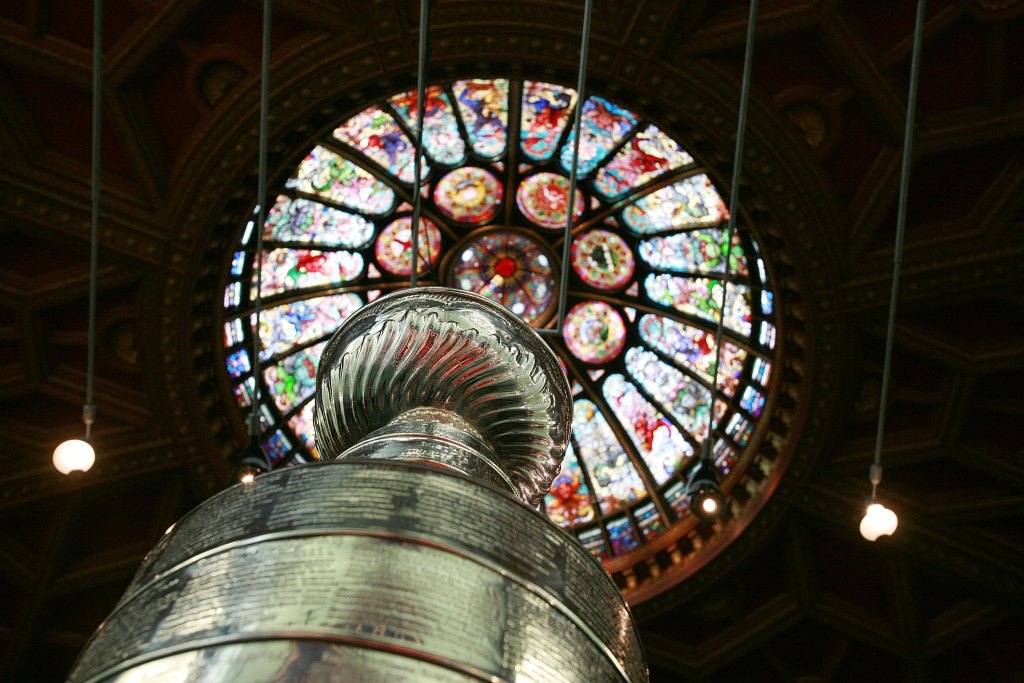 For the first time in more than four years, the Panthers won a playoff game. They avoided being swept by the Islanders in the process, riding some quick strikes in the third period. Florida protected Sergei Bobrovsky reasonably well, and may feel a little more confident after Wednesday. Of course, it would help if Jonathan Huberdeau can play in Game 4 after being shaken up by a collision with a Panthers teammate.

Despite carrying much of the play — especially when the “JOFA” line of Ryan Johansen, Filip Forsberg, and Viktor Arvidsson were on — the Predators could only beat Darcy Kuemper once. Kuemper bounced back from a bumpy Game 2 to hold down the fort for Arizona. Taylor Hall ended up scoring the insurance goal and added an assist to give the Coyotes a chance to advance in Game 4.

After losing their first two games of the Eastern Conference Round Robin, the Presidents’ Trophy-winning Bruins won’t be able to secure the top seed in their conference. Tough break for the only NHL team to reach 100 standings points, but that’s the nature of the beast as COVID-19 disrupts both life and sports. The Lightning, meanwhile, won their first two of three round-robin games, so they have a strong chance to take the top seed.

READ  Suddenly a leader in the United States

Following a buzzer-beater win against the defending champion Blues, the Avalanche didn’t leave their second round-robin game to chance. Cale Makar kicked off the scoring with a power-play goal 3:19 into the game, and the Avalanche never really looked back. So far, the Avalanche look as speedy and scary as hockey diehards were hoping.

This time around, this wasn’t about Carey Price standing on his head (or nearly doing so). In a dramatic affair, the Penguins built a 3-1 lead early in the second period. That lead, and the Penguins themselves, would absolutely fall apart. The Canadiens surged back to win Game 3, and did so convincingly. Yeah, wow.

The Oilers and Blackhawks raise that “Yeah, wow” to … I don’t know, a “Super wowzers?” Wednesday featured some lower seeds stunning favorites, and while the Penguins carry far more clout than the Oilers, Edmonton still lost in a more staggering way. In another game of swings, Connor McDavid gave the Oilers a 3-2 lead in the dying seconds of the second period. The Oilers protected that lead for a decent portion of the third, until it all fell apart with two late Blackhawks goals. Just like that, Edmonton is on the brink of elimination. Hockey can be pretty wild, gang.

As Wednesday went along, NHL Game 3 upsets became a pattern, and the results became increasingly shocking. A higher seed Predators team falling to the Coyotes feels less jarring when you compare it to the other stunning NHL Game 3 upsets of the day.

READ  Tennis - After the exit against Federer: Kupfer plays in Stuttgart - Sport

Still, this was the standout effort.

Kuemper helped the Coyotes author a familiar version of this one, an upset far more typical than the Blackhawks and Canadiens more or less matching the Oilers and Penguins respectively. In the case of the Coyotes beating the Predators, much of the result had to do with a goalie standing on his head.

After a tough Game 2, Kuemper stopped 39 out of 40 shots to snare Game 3 from the Predators. Kuemper’s best work came early, as the Coyotes took a 1-0 lead into the first intermission despite Nashville managing a 19-9 SOG advantage.

You can definitely ding Weber a bit when he might have let up a bit during a delayed penalty, which would have been called on him if Patric Hornqvist didn’t bury a beautiful assist by Evgeni Malkin. But, overall, Weber was fantastic in Montreal’s flabbergasting 4-3 win against the Penguins. Along with scoring one goal and two assists for three points, Weber was stout defensively. That included two goals for and zero against at even-strength. Weber likely played a prominent role in the Habs making sure the Penguins’ third-period comeback attempt was generally, shockingly feeble.

If you feel like Jonathan Toews should get the nod, that’s understandable. Toews scored two goals, and played a big role in the Blackhawks’ win. (So did a torrent of deflections, but still, Toews was great.)

Toews will feel fine taking the win and being a victory away from the formal 2020 Stanley Cup Playoffs. Yet, Leon Draisaitl looked like the 2020 Art Ross winner out there. Draisaitl factored into all three Oilers goals (two goals, one assist) and carried the sort of underlying stats he doesn’t always generate.

Hockey Twitter might want to “free Connor McDavid,” but some sympathy should be saved for Draisaitl, too.

If you need a single highlight, the decisive goal from Predators – Coyotes could do the trick. Derek Stepan made a fantastic pass, then Conor Garland completed the highlight-reel-game-winner by stupefying the Predators:

What a fabulous, unexpected breakout season from Garland …

James O’Brien is a writer for Pro Hockey Talk on NBC Sports. Drop him a line at [email protected] or follow him on Twitter @cyclelikesedins.