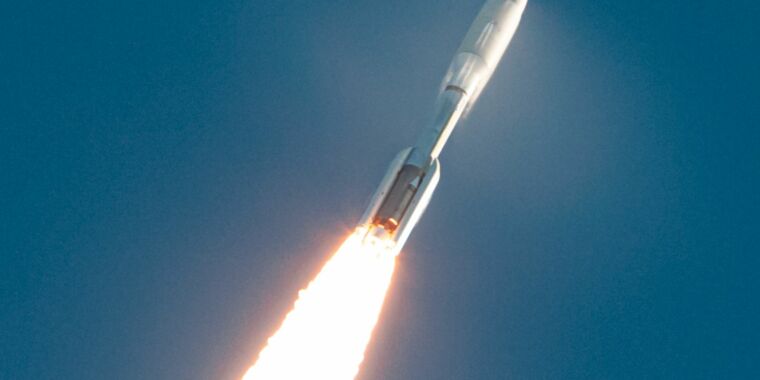 Welcome to Edition 3.10 of the Rocket Report! Now that Mars Perseverance is safely on its way to the red planet, we’re happy to congratulate space agencies in the UAE, China, and the United States on successful launches to Mars this summer. It’s great to go three-for-three in the 2020 launch window. In February, we’ll see how many safely reach their final destination.

As always, we welcome reader submissions, and if you don’t want to miss an issue, please subscribe using the box below. Each report will include information on small-, medium-, and heavy-lift rockets, perhaps a little snark, as well as a quick look ahead at the next three launches on the calendar.

Virgin Galactic unveils look of interior cabin. Virgin Galactic has released the first images of what the interior of its VSS Unity spacecraft will look like. The design shows a seating capacity for up to six passengers who will fly on board the rocket-powered space plane, crest at an altitude above 80km, and experience a few minutes of weightlessness. The company says it plans for one or two more powered tests, followed by final test flights from New Mexico, before commencing a full commercial service for passengers.

What does the real cabin look like? It is notable that the images and stylish video released by the company on Tuesday show mostly renderings rather than actual photos inside Unity or video from inside the space plane. This raises some questions about how final the modifications are to the cabin and when it might actually be ready for paying customers, Ars reports.

Not exactly a beach read … The British government says it has worked closely with the Federal Aviation Administration in the United States, which has decades of experience in commercial launch regulations. That cooperation should reduce the regulatory burden for any US vehicles that seek to launch from the UK, such as Virgin Orbit’s LauncherOne, although those launches will still need an FAA launch license in addition to any UK government license. (submitted by Ken the Bin)

The easiest way to keep up with Eric Berger’s space reporting is to sign up for his newsletter, we’ll collect his stories in your inbox.

Location for Michigan launch pad chosen. Promoters say they have selected an undeveloped, 5km stretch of land along Lake Superior, in Michigan’s Upper Peninsula, for a vertical launch site. The Detroit Free Press reports that the site could be operational in the next five or six years if plans come to fruition. The effort is being led by Gavin Brown, executive director of the Michigan Aerospace Manufacturers Association.

The convergence of autos and space? … “The automotive manufacturers are trying to figure out how to get that connectivity in their cars,” Brown said, noting that the effort his group is pushing would allow the Detroit’s auto manufacturers to benefit from a network the companies would not have to build on their own. He noted the advantage Tesla enjoys because of Elon Musk’s connection as founder of SpaceX, which has become a major player in the commercial space industry. The author of this newsletter grew up in Michigan and this seems hopelessly naive, but we’ll nonetheless follow it with interest. (submitted by JohnCarter17)

China launches its 21st mission of 2021. Shortly after launching the Tianwen-1 mission to Mars, China launched a Long March 4B rocket carrying three satellites last Friday. The main payload was the Ziyuan-3 remote-sensing satellite, developed by the China Academy of Space Technology, along with two small satellites for X-ray astronomy and commercial data acquisition.

Halfway there … The launch was China’s 21st of 2020, including three failures, SpaceNews reports. Inaugural flights of the Kuaizhou-11 and Long March 7A ended in failure. The Palapa-N1 communications satellite was lost on a Long March 3B launch. China’s space corporation said at the beginning of the year it plans to launch about 40 missions in 2020. (submitted by Ken the Bin and JohnCarter17)

Spaceport plan in Georgia grows more contentious. Proponents of a Georgia spaceport in Camden County must obtain a site license from the Federal Aviation Administration. The FAA held its initial public meeting for the project in December 2015, and the county paid at least $1.2 million to the consulting company Leidos to prepare the original environmental impact statement. The proposal has spurred numerous opposition from critics, who mostly cite environmental concerns.

Review is ongoing … Now, those critics are crying foul on an unsuccessful effort by Georgia Rep. Buddy Carter to amend a transportation bill, the Savannah Morning News reports. Critics said it was an effort to water down the environmental review needed for the spaceport. The Republican congressman, who recently bought land near the spaceport, denied this. The FAA is scheduled, at present, to complete its environmental review in the fall of 2021. (submitted by JohnCarter17)

Are we not a priority? … VOX Space was one of six companies that were notified in June that they would collectively receive $116 million in contracts to launch small satellites for the US government. The DoD apparently withdrew the awards due to widespread complaints about the process for selecting those six companies. Vaughn said that notifying companies of contract awards and immediately rescinding them shows “a little bit of discombobulation” and sends a message to the industry that DoD does not consider it a priority. (submitted by platykurtic)

Why an early investor split from Rocket Lab. The New Zealand-based publication Stuff published a feature article on Mark Rocket, an early investor who worked closely with Rocket Lab from 2006 to 2008. At the beginning, Rocket and the company’s founder, Peter Beck, ruled out launching military payloads, the article states. “Initially we were hoping not to do… certain types of projects,” Rocket told the publication, explaining why he left in 2011. “I was passionate about the commercial side. You’ve got to sort of work out where that line is for you.”

Seeing the light on national security … Since 2008, Beck explained why his views on the matter have evolved. “You also have to remember that intelligence keeps us safe,” Beck said. “Unfortunately there’s a lot of bad actors in the world. I am a New Zealander, but you also have to understand that national security is a global thing. It’s not a singular country’s responsibility. New Zealand is part of the Five Eyes… it’s all very well to criticize national security until the very day that you need it.” No doubt it helps pay the bills as well. (submitted by platykurtic)

An Atlas V launches Mars Perseverance. An Atlas V rocket successfully launched the Mars Perseverance mission Thursday morning from Cape Canaveral Air Force Station in Florida. The rocket’s Centaur upper stage then pushed the spacecraft out of Earth’s gravity well toward Mars. The spacecraft is due to arrive at the red planet in February, at which time NASA will attempt to land its heaviest-ever rover, Ars reports. NASA said it is working to resolve a communications issue with the spacecraft.

Oxygen on Mars … With a mass of 1.025 metric tons, the Perseverance rover is about 14 percent more bulky than its predecessor, Curiosity, which landed on Mars in 2012. It is carrying several notable experiments, including a small helicopter and the MOXIE experiment, which will seek to produce oxygen from Mars’ thin atmosphere. If this experiment is successful, it will demonstrate the potential for deriving liquid oxygen for rockets launching from the surface of Mars.

NASA selects astronauts for Crew-2 launch. This will be the second operational SpaceX Crew Dragon flight to the International Space Station as part of NASA’s Commercial Crew Program. NASA astronauts Shane Kimbrough and Megan McArthur will serve as spacecraft commander and pilot, respectively, for the mission. JAXA astronaut Akihiko Hoshide and ESA astronaut Thomas Pesquet will join as mission specialists.

A spring launch … Crew-2 is targeted to launch in spring 2021 on a Falcon 9 rocket, following the successful completion of both NASA’s SpaceX Demo-2 test flight mission (which is expected to return to Earth August 2) and the launch of NASA’s SpaceX Crew-1 mission (which is targeted for late September). The Crew-2 astronauts will remain aboard the space station for approximately six months as expedition crew members. (submitted by Tfargo04 and JohnCarter17)

Proton finally set for 2020 debut. Two satellites designed to beam radio and television broadcasts, Internet connectivity, and other communications services across Russia have arrived at a launch pad at the Baikonur Cosmodrome in Kazakhstan for liftoff Thursday, Spaceflight Now reports. This will be the first Proton launch of 2020.

The Proton rocket last launched in December … Capable of lifting as much as 23.7 metric tons to low Earth orbit, the Proton rocket once dominated the commercial launch market but has since seen reduced launch frequency due to reliability issues and cost pressure from competitors like the Falcon 9 rocket. It may launch two or three more times during the rest of 2020.

SpaceX applies for FAA license to hop Starship. On Tuesday, SpaceX submitted its application for a launch license to fly its Starship vehicle up to 20km. The company stated that its purpose is for “Experimental med altitude hop, landing, and recovery tests of the Starship Prototype suborbital test vehicle from Boca Chica TX.”

Tests later this year? … The proposed dates for the test run from August 18, 2020, through February 18, 2021. It is not clear which Starship prototype will be tested up to 20km. The current prototype on the launch pad in Boca Chica, SN5, may make a short hop up to 150 meters if it undergoes a successful static-fire test this weekend. (submitted by danneely)