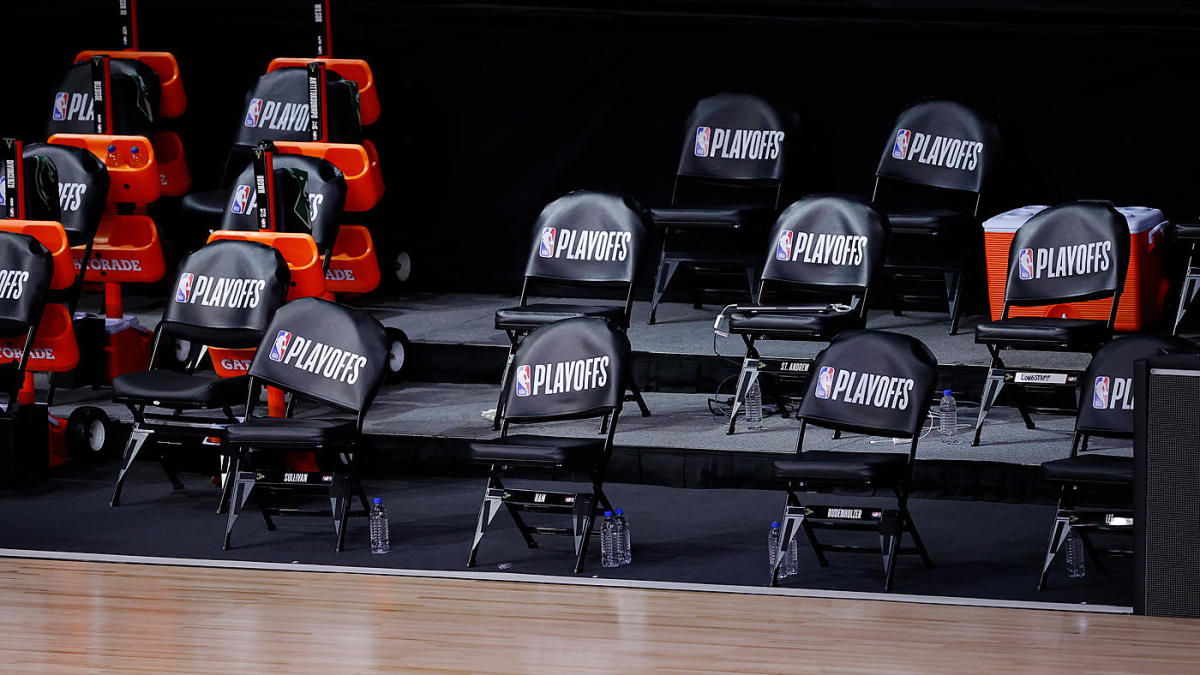 NBA players and coaches held an impromptu meeting at the Disney bubble to discuss plans following the postponement of three playoff games on Wednesday, including the Milwaukee Bucks-Orlando Magic game in which Milwaukee players chose to walk out before the start of Game 5 of the first-round series. Every team besides Lakers and Clippers voted to continue the season, according to Sham Charania of The Athletic. LeBron James said in the meeting he wants the team owners to be more involved and take action.

The protest comes in response to the shooting of an unarmed Black man named Jacob Blake in Kenosha, Wisconsin, on Sunday. Shortly after the Bucks made a statement by not playing, the Rockets and Thunder decided to also not play today, as well as the Lakers and Trail Blazers.

“We fully support out players and the decision they made. Although we did not know beforehand, we would have wholeheartedly agreed with them. The only way to bring about change is to shine a light on the racial injustices that are happening in front of us. Our players have done that and we will continue to stand alongside them and demand accountability and change.”

News of the Bucks walking out has sent a ripple effect across sports in the United States. Here’s a look at all of the games postponed as a sign of protest:

Many NBA players and coaches have spoken with heavy hearts since the shooting of Blake, and earlier Wednesday the Toronto Raptors discussed the possibility of sitting out Game 1 of their second-round matchup against the Boston Celtics.

Coaches like Doc Rivers have given emotional statements in response to the shooting of Blake, stating poignantly, “we keep loving this country and this country doesn’t love us back.” Raptors guard Fred VanVleet told media on Tuesday that in order to bring change, players would have to “put something up to lose, rather than just money or visibility.” By sitting out games, that certainly makes a statement that the players are sick and tired of nothing changing in regard to police brutality against Black people in this country.

The players have called for a meeting Wednesday night to determine the next steps, according to Shams Charania of The Athletic.

Follow along below as we keep you updated with what is going on with the current situation.