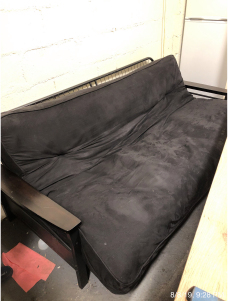 According to the Office of the Inspector General MTA, the room had a futon sofa, large flat screen TV with broadcast capabilities, fridge, microwave, air conditioning, exercise equipment, and more.

“Imagine a lot of New Yorkers getting back a cold beer in a prime piece of Manhattan estate – especially those close to good transportation,” said Caroline Bucorny, Inspector General of the MTA. “But few of them would have the nerve to take over a secret room below the Grand Central Station and make it a cave of their own, backed by MTA resources, and maintained at the expense of our passengers.” 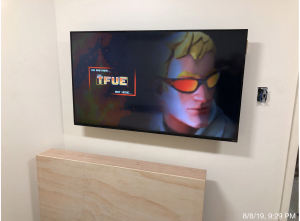 Related: Behind the scenes at Grand Central Station

The man’s cave was built in a storage room below Route 114 at Grand Central Station, and investigators were told to contain “sensitive supplies.”

Investigators say an MTA wiring harnesser, a carpenter, and an electrician assembled the equipment in the room. They were arrested without pay while facing disciplinary charges.

You can get the latest news, sports and weather on the new CBS New York app. Download here.

PSNI fines for violating Covid-19 restrictions have been handed out to nearly 1,600 people

DK Metcalf’s anti-touch interference was a thing of legend