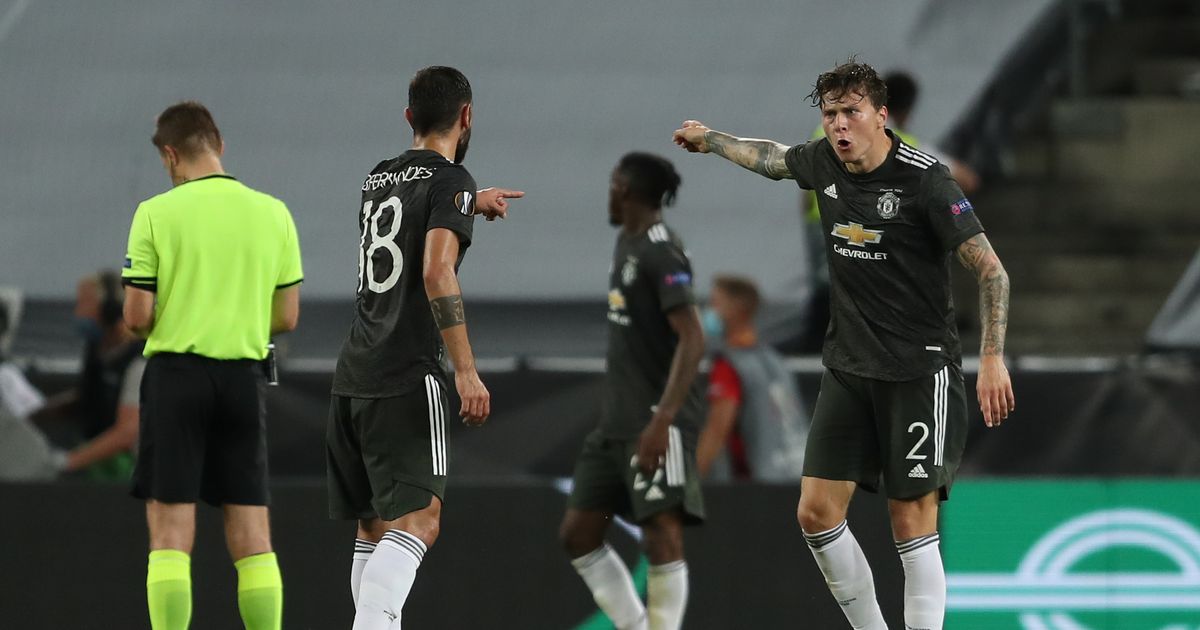 His recall dominated the team news reaction and he made a solid save at his near post. Well beaten by Suso and Luuk de Jong. 6

Blameworthy for Luuk de Jong’s winner and needs to watch videos of Joshua Kimmich and Trent Alexander-Arnold. Regressing as an attacking full-back. 4

One of the few players who kept their cool from start to finish and the ‘Iceman’ brought some serenity to the United defence. 6

Let the captaincy go to his head with some pointless protests which led to Maguire losing his focus and being admonished by Ole Gunnar Solskjaer. 5

Found wanting for Suso’s equaliser and Sevilla targeted him all night long after Copenhagen had some joy. Winning goal came from his side. 4

Much more progressive than he was against Copenhagen and his mobility underpinned United’s counter-attacks and possession-based play. 6

Uncharacteristically profligate with his passing before producing a world-class pass Marcus Rashford wasted. Better in the second-half. 6

Made it eight penalties out of eight with his 12th goal for United in 21 starts. Conducted the game with more arrogance in the second-half. 7

Got into dangerous areas often and had a great chance to make it 2-1 just after the restart but was denied. A harsh lesson. 6

Won the penalty and stung Yassine Bounou’s palms with a knuckle-ball free-kick. Faded and was lucky to stay on as long as he did. 5

Classy on the ball again and his reverse pass for Rashford led to the penalty award but squandered several great chances at 1-1. 6

Filled in for Wan-Bissaka. 5

Tried to make something happen. 5