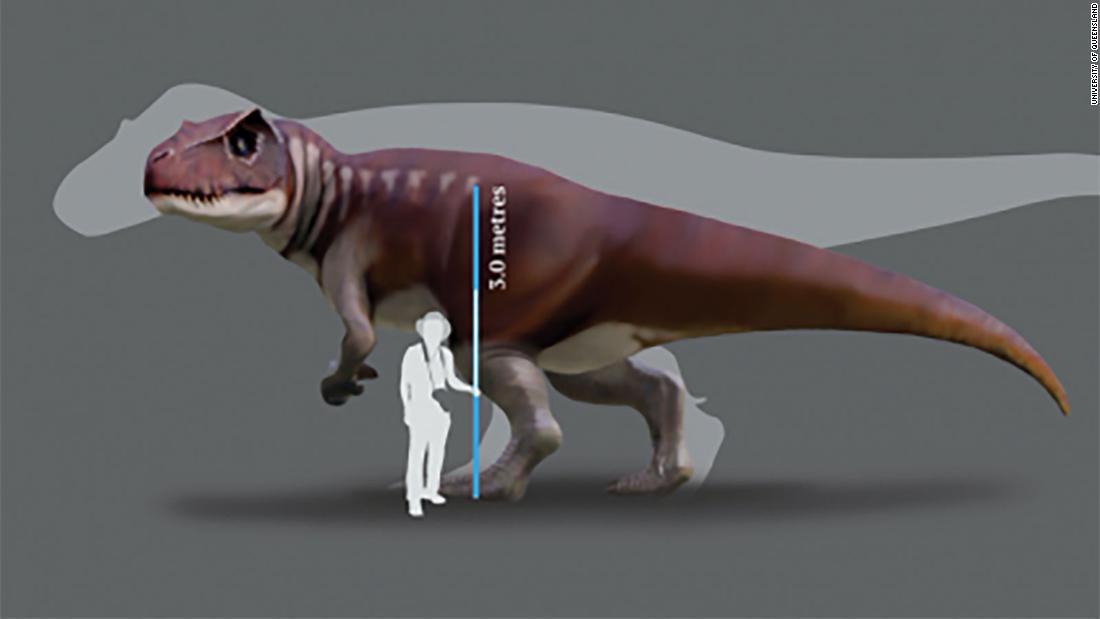 The team of researchers analyzed the fossils of dinosaur prints and concluded that the carnivorous dinosaurs belong to large heights up to three meters high and about 10 meters long, according to a statement from the University of Queensland.

“To put this into perspective, the T. rex climbed to about 3.25 feet on the hips and reached lengths of 12 to 13 feet, but that only appeared 90 million years after our Queensland greats,” said lead researcher Anthony Romilio, paleontologist at the university.

“The tracks in Queensland were probably made by giant carnazors – a group that includes Allosaurus. At the time, they were probably some of the largest predatory dinosaurs on the planet.”

The footprints, which date back to the late Jurassic period, 165 and 151 million years ago, were mostly between 50 and 60 centimeters long, Romilio said, and some reach nearly 80 centimeters.

“These records were made by dinosaurs that walked the swampy forests that once occupied most of the landscape of what is now southern Queensland,” he said.

Romilio points out that paleontologists have previously known about Tyrannosaurus rex in North America, Giganotosaurus in South America and Spinosaurus in Africa, but there is now evidence that Australia had large carnivorous dinosaurs.

Although this is the first time that fossils have been scientifically described, they were discovered more than half a century ago, Romilio said.

“They were discovered on the ceilings of underground coal mines from Rosewood near Ipswich and Oakey north of Toowoomba, back in the 1950s and 1960s,” he said, explaining that they had been sitting in museum drawers for decades.

The complete research paper was published in the journal Historical Biology.

The trail is almost 1.70 meters long, the trail belonged to a sauropod, a herbivore with a long neck.

The record was previously held by a 1.15-meter-long footprint (nearly 3 feet 9 inches) found in Bolivia in July 2016, which was the largest ever from a carnivorous dinosaur.