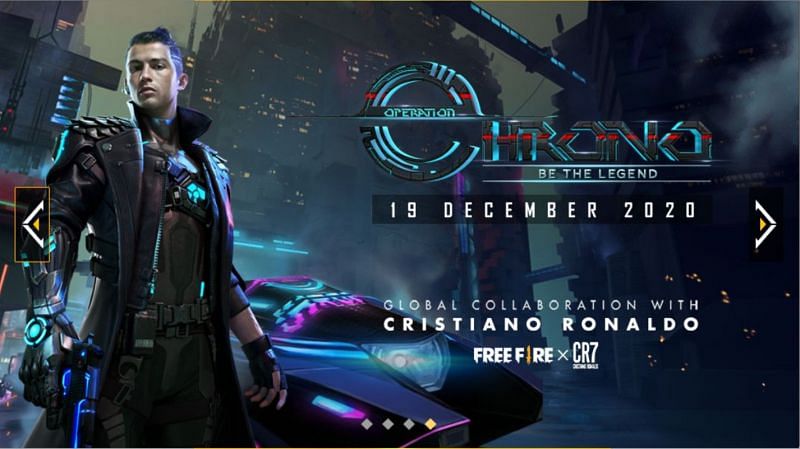 Garena Free Fire has announced a global collaboration with popular Portuguese soccer player Cristiano Ronaldo, and a new character based on him will likely be revealed on December 19.

Free Fire has seen an explosive rise in popularity in the past few years and is showing no signs of slowing down. The game developers previously collaborated with famous celebrities including Hrithik Roshan and DJ KSHMR, and new characters based on them, called Jai and K respectively, were introduced into the game.

Earlier this month, there were several leaks about a possible collaboration between Free Fire and Cristiano Ronaldo. All the rumors turned out to be true as the cooperation was officially confirmed.

The poster depicting Free Fire’s collaboration with Cristiano Ronaldo can be seen inside the game.

The character will likely make its way to Battle Royale on December 19 with the arrival of Operation Chrono.

“Operation Chrono will take place in a futuristic world of slums, a miserable world featuring the most advanced technologies. In the midst of chaos, there is room for a hero to emerge and be an inspiration for everyone.”

And the mysterious character in OB25 Advance Server is also likely the in-game character of the Portuguese soccer player. His ability in the game is called Time-Turner.

“Creates a Force Field that blocks 500 damage from enemies. Once you fire at external enemies from within the Force Field. Movement Speed ​​increases by 40%. During skill activation, Allies in Force Field receive a 40% increase in Movement Speed. All Effects last for a period of time) 10 seconds.CD 40s.

This will be one of Free Fire’s biggest collaborations, and it’d be great to see how successful it is. Fans of Cristiano Ronaldo and Free Fire are extremely excited to collaborate.