Candriam, watch out for the “mechanical” recoil. 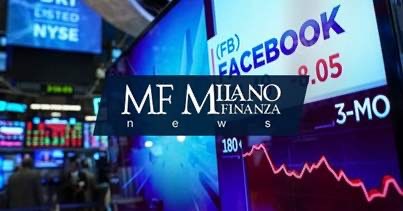 Financial and monetary incentives, consumption “freezes” for more than a year due to the closure and the start of the vaccination campaign, with a gradual easing of the restrictive measures. These are the ingredients that will allow, in the first half of 2021, the recovery of a global economy that has been kneeling down because of the crisis. Nevertheless, it will be a “mechanical” rebound, as Nadège Dufossé, Candriam’s head of asset crossover strategy, warns. For growth to become coherent, central bank intervention again will be crucial.

“The forms of the Coronavirus may have slowed – but certainly not stopped – the global economy, which continues to recover,” notes the fund manager. In February, financial markets entered a phase of normalization. In this context, real and nominal interest rates in the bond sector should continue to rise. However, on the equity side, the shift has resulted in a certain volatility and rotation of growth and defensive stocks towards the value and cycle sectors. ”

And if the services sector today remains weak compared to manufacturing – the macro data tells us – as economies reopen and activities recover, the gap must be closed, leading to a further rise in long-term bond yields.

The rise in yields and the tightening of the curve are also the basis of growing uncertainty about monetary policy, Dofosi continues. When and how will central banks begin the process of normalization, that is, tightening? For now, the context is in line with stocks rising, as long as earnings growth accelerates. “

But what will happen once the power of pent-up stimuli and consumption is depleted? As mentioned earlier, it will be up to central banks once again to take this space “to accompany economies towards a healthier and stronger driving environment for growth, through various tools, including controlling interest rate increases”. However, the expert continues in the future that the phrase “there is no alternative to stocks” – used because the rates are so low – will disappear because some asset classes, such as government bonds in developed countries, will revert to becoming more attractive.

Of course, the risks remain. “Achieving herd immunity in the short term will be difficult – despite the vaccination campaign – due to the new variants. The resumption of infections in the fourth quarter of 2021 is certainly possible.” Another risk is “an uncontrolled rise in bond yields, with increases in real rates and increases in inflation expectations, which are likely to result from a demand shock and inflationary growth.” Not forgetting to separate geopolitical tensions (again between China and the United States) and return to the polls, in the next 24 months, for many of the major countries.