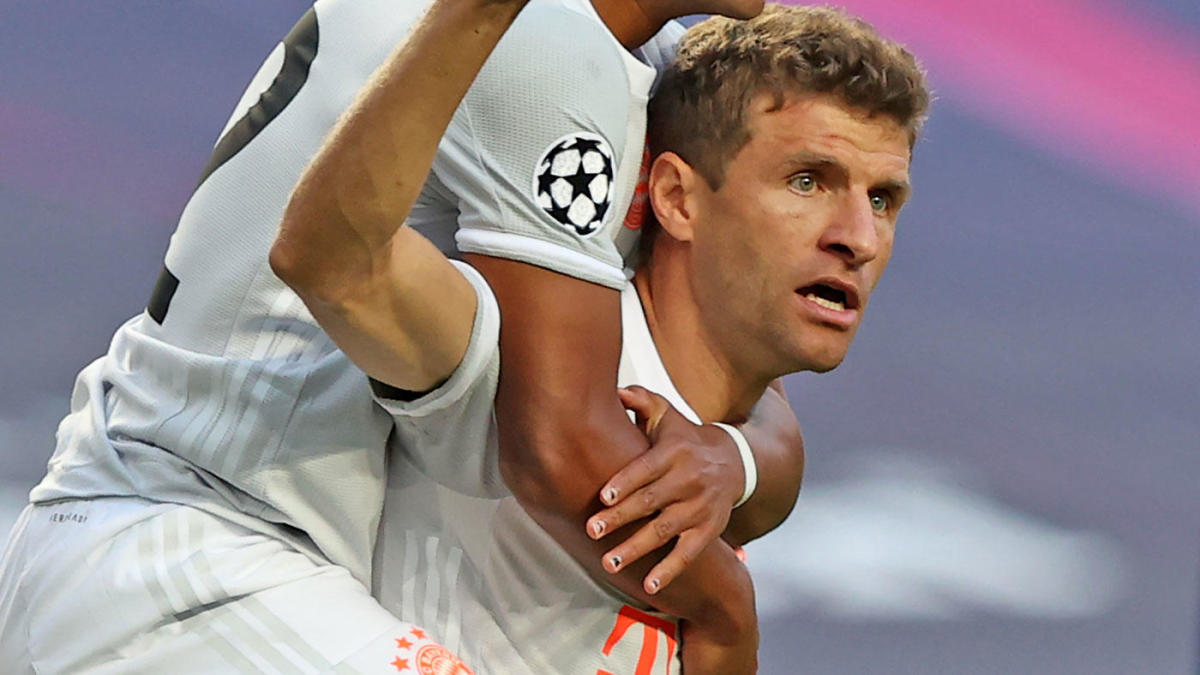 Bayern Munich are just one match away from competing for the Champions League trophy following a decisive 8-2 win against a toothless Barcelona side in the quarterfinals. They will face off the winner of Manchester City and Lyon for that very opportunity.

Five of the eventual 10 goals scored in this match were put into the back of the net in the first half of what looked to be an exciting opening to this game. Thomas Muller netted one for his side early, and Barcelona were able to equalize thanks to an absolute howler of an own goal from David Alaba. But that was the last bit of brilliance in the first half that would favor the La Liga side. A collection of three goals from Bayern Munich quickly followed.

It didn’t get any better in the second half as Bayern seemed to just toy with their prey in the final 45 minutes. Though Luis Suarez was able to pull one back, the German squad responded with four more goals of their own to dig their opponents deeper and deeper into the ground.

Here’s what to know and see from the dramatic 90 minutes:

Gnabry’s powerful finish
It’ll be hard to pick just three top moments from a match that had a total of 10 goals, but let’s try it anyway. The first standout comes from this beautiful pass from Muller in the first half to Serge Gnabry, who was able to take the lob and fire his shot home for his team’s third goal of the match. Gnabry’s highlights, as always, are more impressive when given the context that this was a player who failed to get regular minutes at West Brom not too long ago. He now has seven Champions League goals this campaign.

Alphonso Davies destroys Nelson Semedo
The 19-year-old Canadian put his mark on with one of the most impressive moves of this game. His ability to absolutely decimate Semedo, who was trying his hardest to prevent the teenager from going anywhere, brought him into the box, where he was able to dish off a pass to Joshua Kimmich, and score Bayern’s fifth goal of the match. While the defense on the eventual goal scorer may have been lackluster, the effort to get that opportunity certainly wasn’t. Davies is going to be a star for years to come.

Philippe Coutinho gets two on his parent club
Barcelona currently owns the Brazilian winger’s contract, and the only reason he’s playing for Bayern is because he’s currently on loan at the German giants in a decision that looks rather terrible in hindsight. This, of course, didn’t stop him from putting two past his team and crushing Barcelona’s will to play into finer powder.

Let’s rate some of the notable performances on the day, with one being the worst and 10 being perfection:

Gerard Pique, Barcelona
The worst player on the field for much of the night. He’s just not the player he once was and is a liability. This game showed that for 90 minutes. Rating: 1

Lionel Messi, Barcelona
Had a great chance 20 minutes in that he hit right at Manuel Neuer. He just looked off and uncomfortable. You could even say shellshocked. Rating: 3

Alphonso Davies, Bayern Munich
Top class. Destroyed Nelson Semedo on his assist to Joshua Kimmich and is becoming one of the very best players at his position in the world. Rating: 9

Bayern Munich now wait until tomorrow to see who their next opponent will be in the Champions League Semifinal. They will face either Manchester City or Lyon in a one-legged match to determine who will move on to the European final.

You can stream every match on CBS All Access. Sign up now and enjoy one month of CBS All Access for free ahead of the opening match. If you’re a CBS All Access subscriber looking for a match that’s live right now, go directly to the UEFA Champions League page. Every match will be available on demand shortly after the final whistle. We will be with you the entire way providing updates, analysis and highlights below.

CBS was with you the entire way providing updates, analysis and highlights below.