After reviewing the video, prosecutors charge the police inspector instead of the protesters 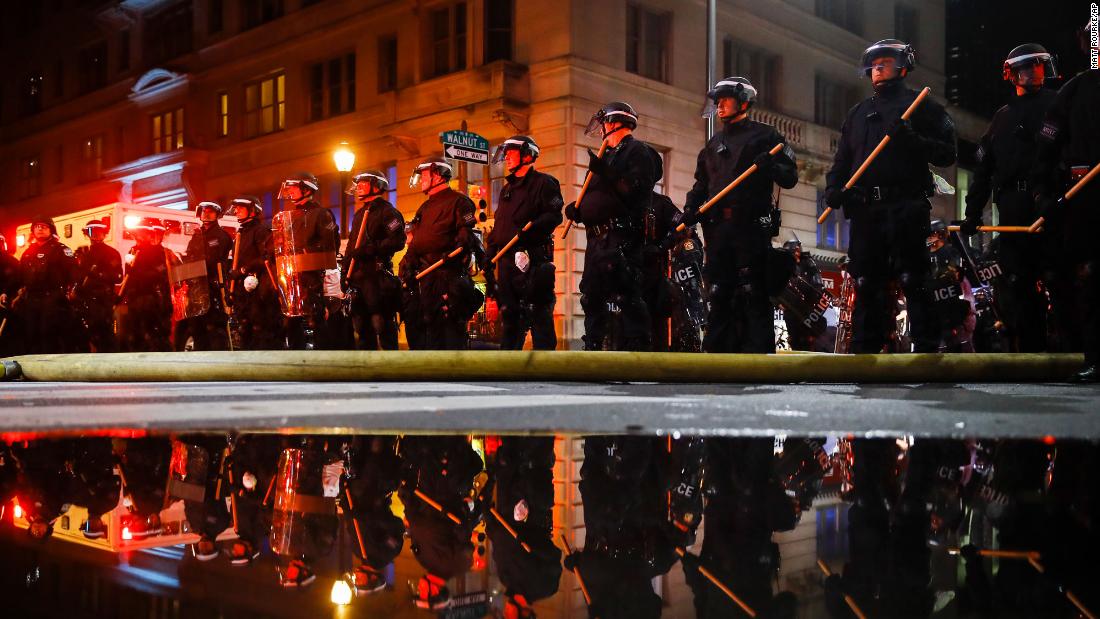 Prosecutors say Bologna was filmed with a video of a cell phone hitting a Temple student in the back of the head while he took part in a mass demonstration on Monday.

Philadelphia police arrested a student protester and detained him for more than 24 hours and sent him to the district attorney’s office for persecution. But after prosecutors reviewed the video and other evidence, Krasner refused to charge the student and instead charged Inspector Bologna.

“We try to be fair. Responsibility must be equal,” Krasner said, “This moment requires a swift and measured response to violent and criminal acts based on facts and evidence.”

Bologna is no longer on patrol, according to local station WHY.

“Right now, I’m managing operations from the office,” he told the station in a phone call Friday.

The police union said they were “disgusted” to find out about the accusations. Bologna, a police officer for more than 30 years, “was involved in an unstable and chaotic situation with only milliseconds to make a decision,” the union said.

Philadelphia Police Commissioner Danielle Outlaw said Friday that while it was no secret to all the information that led to Krasner’s decision to charge Bologna, an internal investigation into the matter has already been launched and will continue regardless of the district attorney’s prosecution.

“As a department, we disapprove of the crimes of any person and it is my sincere hope that the district attorney, in fact, treats all people who harm others equally,” Outlaw said.