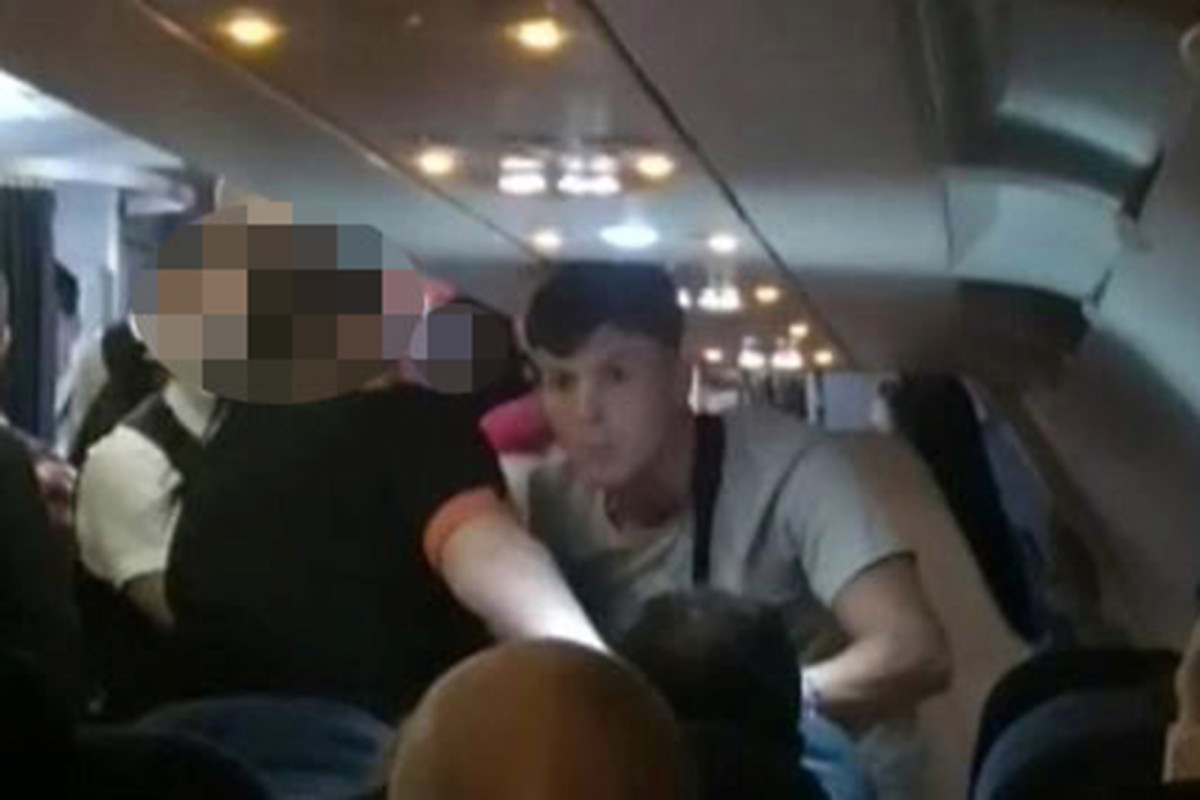 A British passenger was not fully rested on his EasyJet flight, as he was caught in a horrific video clip throwing a punch on a colleague in a racially charged incident.

In the footage filled with profane words, the man explodes in anger and throws a punch as he lunts over a bench after hearing a woman say, “ I am African. Do not chat about my people The Sun reported.

Other passengers claimed that the woman was defending her boyfriend who had racially abused him earlier during the flight from London to Antalya, Turkey, on Tuesday.

A flight attendant is heard ordering everyone to return to their seats during the quarrel before another airline employee escorts the unconvinced attacker out of the plane at the destination.

Then, in a video, he was seen sitting at the station while he was surrounded by police.

Passengers said the injured man was involved in an earlier incident on the flight when he was allegedly hit with ammunition after a passenger threw a kite on his son, according to the news outlet.

“About two hours into the flight from Gatwick, most of the flight was disturbed by the noise in the back of the plane,” a passenger told The Sun newspaper.

“It was evident that two adult men were attacking and using the C word heavily from one of them.”

Nerves flared up again an hour after the two broke up, when the man asked for some cash from the back of the plane and attacked his first victim, according to The Sun newspaper.

The passenger said: “We learned from the airline crew that the son of the instigator had thrown a kite in the direction of the first victim, then corrupted it and threw it away, which led to a violent outbreak.”

The passenger added, “Another hour passes and we are about to land when Hell explodes again.” “There is absolutely no idea why, but it was racist abuse of the worst kind directed at a woman of color.

The passenger said, “Another woman of color verbally defends her friend to face the same wave of abuse that escalated into the violent assault that you see in the video.”

An EasyJet representative told The Sun that the passenger had been removed due to “disruptive behavior.”

“While such incidents are rare, we take them very seriously, and we do not tolerate abusive or threatening behavior on board,” the spokesman said.

Airport authorities did not immediately respond to an inquiry from The Sun.