A ferry collision in Bangladesh killed at least 32, because the ship sank in 20 seconds 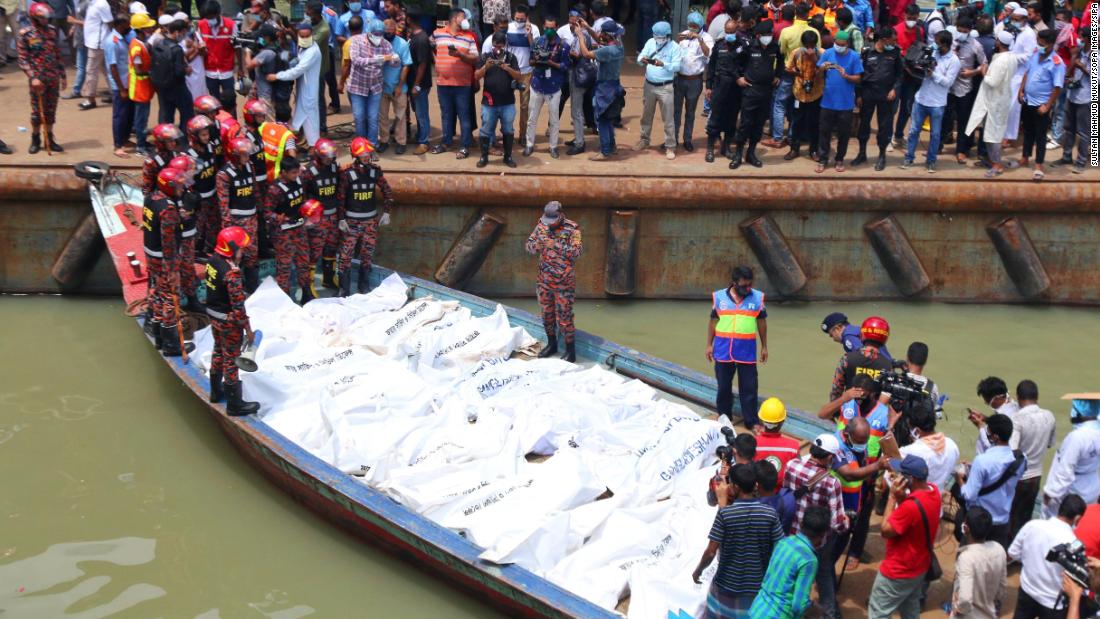 The ship, called the Morning Bird, carrying up to 60 passengers, sank in just 20 seconds after colliding with Mayur-2, a larger ferry, around 8:55 a.m. in Dhaka, local police chief Shah Jamal told CNN.

Jamal said the larger ship tried to knock down its anchor in the port on the Buriganga River at the time of the crash. He added that at least eight women and three children were among the dead and that the Morning Bird sank very quickly, in about 15-20 seconds.

Shahidul Islam, a fire official from Bangladesh, told CNN: “So far, we have pulled 32 bodies out of a covered ferry. We have already handed over the bodies to relatives. A joint team of navy, water authorities and private divers along with the river is working on a rescue mission.”

Navy diver Nazrul Islam pulled the two bodies to the surface, but believes there could be more people on board. He said the vessel lies about 60-70 meters deep on the riverbed, which consists of soft earth and plastic debris.

A four-member accident investigation committee has been formed, said Commodore Golam Sadeq, who is the head of Bangladesh’s Inland Waterway Administration.

As news of the accident spread, hundreds of people gathered on the river bank. Among the crowd were family members of the missing, some of whom rented a boat in an attempt to find their loved ones.