Voters inject power into the Independents’ ranks in Scotland; They go to secede from the United Kingdom 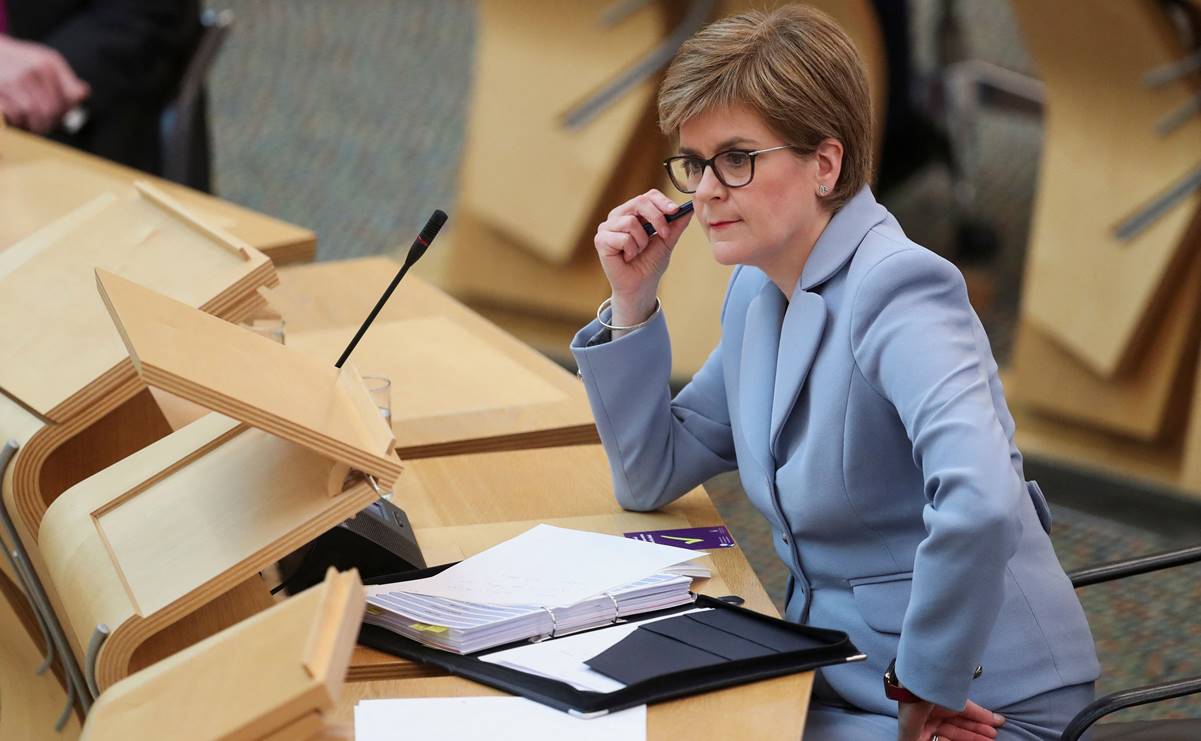 Brussels. – When BrixiAnd opponents to divorce with European Union (European Union) predicted the beginning of the end of what is known as United kingdom.

Five years after the victory of “no” for the European community, the puzzle towards the dissolution of the union appears to be taking shape.

First, Northern Ireland remained in the European Economic Area, and now voters are pumping more power into the supporters of independence Scotland, Who voted strongly to remain in the European Union in the consultations on 23 June 2016.

In the legislative elections on May 6, the Scottish National Party (SNP for English abbreviation), led by Nicola Sturgeon, not only added its fourth successive victory, it won 64 seats, remaining only one of the absolute majority.

For Sturgeon, the result was “historic and extraordinary” given that his party has ruled for 14 years. But he said above all that it was a step towards independence.

Given this result, there is no democratic justification for this Boris JohnsonOr anyone else trying to obstruct the right of the Scottish people to choose their own future. ”

For the Conservative Prime Minister and one of the architects of Brexit, Boris Johnson, the issue of Scottish independence was settled in the 2014 consultation and the new call will be irresponsible at a sensitive time like the one afflicting Great Britain due to the pandemic. From Covid-19.

“The key after the elections is having a clear pro-independence majority in the Scottish Parliament, which means that if there is another referendum or similar initiative, it is very likely that you will get a majority in the House,” Professor Nicola McEwen, UK Member at the Center for the Study of Change of Europe.

READ  With 331 passengers: a stranded Finnish ferry on the Baltic Sea continues its journey

If Sturgeon wants Scotland to once again have the opportunity to decide its future at the polls, he needs the UK government to say yes to transfer powers to the Scottish Parliament.

This could happen through a law passed by the Westminster Parliament or temporarily through the activation of the so-called Section 30 Order.

This happened in the past to allow the Scottish Parliament to legislate on issues of particular concern to Scotland, such as changing the voting age.

This was also the case in the independence referendum held in 2014, after British Prime Minister David Cameron and Scottish leader Alex Salmond signed the so-called Council of St. Andrews, the seat of independent government, called the “Edinburgh Agreement”.

At a forum held by Changing Europe to analyze the implications of the legislative elections for the future of the Union, which was attended by Douglas Ross, the leader of the Scottish Conservative Party, it was clear that Sturgeon had a second referendum in mind, after the economic recovery top the list of eleven priorities.

But there is also a conviction that Irvine’s original copy will not advance unilaterally, that is, it will not call for consultation without the required legitimacy and without the British government’s obligation to acknowledge any outcome that may be. If we encounter political resistance on 10 Downing Street, these standards may push us into pushing legal action, even in the Supreme Court.

Read also Brexit: Three ways the British are feeling the effects of leaving the European Union

“In order for it to be recognized internationally, it needs to be a consensual and legitimate process at home,” McEwen said.

Despite the impressive result of the independents, who added to the Greens who make up a bloc of 71 out of 129 seats, the political scientist says that divorce is not a complete wish, but there is also no permanence in the union.

If there is a referendum, what is the probability of a yes? It has long been known that Scotland is cut in half, ”he says.

According to a recent YouGov poll, 51% would support independence and 49% against it.

On the other hand, he emphasized that Britain’s exit from the European Union had further complicated the situation. While it bolstered the political case in favor of a new referendum by the Scottish National Party, it made the prospect of the border between independent England and Scotland more complicated, should it decide to return to the European Union.

“The more the process is discussed, the more attention is diverted from the substance,” he said.

In other words, the same could happen as it did in the run-up to Brexit, where there was talk of staying or leaving, but not about the practical implications and consequences of the decision taken at the polls.