Tree planting and migration are unrelated, U.S. states to AMLO 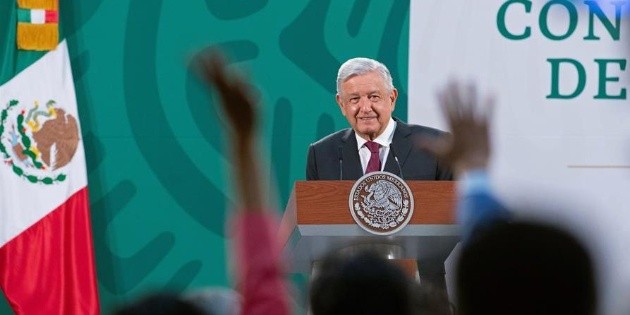 On Wednesday, the United States rejected President Andres Manuel Lopez Obrador’s proposal.AMLO) To extend the Sembrando Vida program to Central America and link it to a plan to allow participants to apply for US citizenship.

“The climate agenda must be tackled alone, according to its own merits, and it is not a conversation, in our view, about migration.”

In a session with US administration officials to discuss the climate summit convened by President Joe Biden, which begins around Thursday, They were asked what suggestion AMLO said it would make during its participation in the summitWhere 40 world leaders will be teleported.

A Biden administration official explained that they had barely heard of this suggestion and that “it does not appear to have been part of an intense conversation, neither in Mexico nor between Mexico and the United States.”

The official indicated that the proposal contains two parts; On the one hand, he said, there is the issue of tree planting.

“We definitely see value in natural solutions related to planting trees. If we look at the climate change agenda, reforestation is a priority. Most of the global emissions come from land use,” he explained. .

He continued, “The tree-planting agenda is of tremendous value to me Environment“.

But he stressed, “We do not focus on the intersection of the issues. For us, the climate agenda has to be approached alone, based on its own merits, and moving forward, which is not a conversation, in our view, about migration. It’s a conversation about climate change. “

On Sunday, Lopez Obrador said he would put forward a proposal during the summit Extension of the Sembrando Vida program to include Central American countries in exchange for obtaining work visas, and in the end, citizenshipFor the participants.

“In three years, once you get agriculture, you are automatically entitled to a six-month work visa to the United States. You go six months and go back to your city, and three years later, after getting your work visa, with behavior, you already have the right to Apply for US citizenship, ”AMLO explained.