“The Super League? Save us football 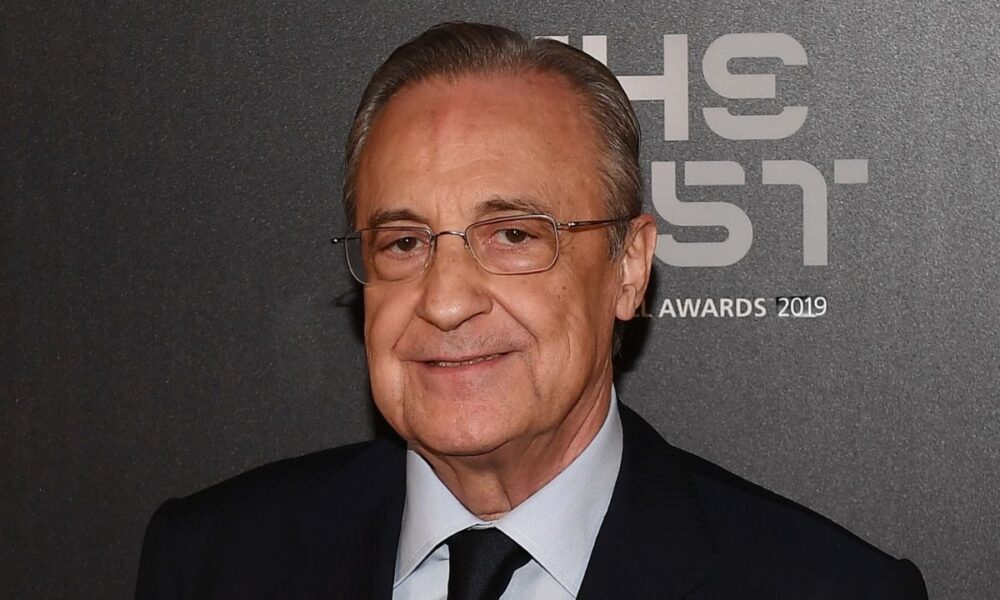 Florentino Perez, president of the Premier League and Real Madrid, talks about the new European championship. His sayings

Florentino PerezThe president of the Super League and Real Madrid talks about the new European competition for microphones Beach bar. His sayings.

Premier League “Many important clubs in Spain, Italy and the UK want to find a solution to a very bad financial situation. The only way is to play more competitive games. Instead of playing the Champions League, the Premier League helps clubs make up for lost profits. Here at Real Madrid we lost a lot of money and we are in a very bad situation. When there is no profit, the only way is to play more competitive matches during the week. Superleague will save clubs financially. We alone lost € 400m, and nothing has been done about it. The more competitive the matches, the more revenue it will generate for the clubs and this is how we will overcome this situation. The Premier League is the solution, football must change. ”

Football must change – “Football should evolve like everything in life. Football must adapt to the times we live in now. Football is losing interest, and television rights are diminishing. We wanted to join the Premier League, the pandemic gave us the urgency: now in football it has destroyed us all. Football needs to change to become more attractive in the world. Instead of doing the Champions League because he lost interest like it had in 1950, change came and even then FIFA and UEFA were against it. But this is how football changed. ”

The economic pyramid – “It will become a pyramid because we the big clubs will have more money and we will be able to invest it by buying players … If the big clubs lose their money as it happens, the entire football system collapses, as is the case with the Champions League.”

Formula – “The Premier League is not a closed tournament, that is not true at all. “Whoever wins the five available places will be able to play with the best other teams in the world.”

UEFA – “We will talk with UEFA, as we said in the statement. We have to discuss with UEFA the five available seats in the Premier League. UEFA is working on the new format for the Champions League but I honestly don’t understand that. We want to save a ball.” Football. UEFA is a monopoly but it has to be more transparent. We want to save football for the next 20 years, it is in a time of grave danger. If you win, you will receive 120 to 130 million euros from UEFA, but with the Super League we will win a lot more » .

Players and Citizens – “Players from international competitions and national teams are banned, according to UEFA? Don’t worry, it won’t. They will not be prevented from joining the Premier League. ”

Seville – “Sevilla is one of the clubs that can enter the league. It will not be closed. We believe in what clubs can do to be able to fight to play in competition. ”

UEFA – «They (UEFA) think we are theirs and they can do whatever they want with us, and they are wrong. Tebas? Respect must be shown. Manchester-Barcelona will always be more attractive than Manchester against a smaller team. ”

CEFERIN lamps – “President Ceferin insulted Andrea Agnelli today, it is not possible. It’s crazy to talk about the president of a world-class club like Juventus. This is unacceptable, UEFA must change, we do not want a president who insults other presidents. ”

Naples and Rome – “The fifteen clubs established are the most important in terms of entertainment. Others like Naples, Roma will have the opportunity to participate in the competition a year or another, and then we will see.”

Not a rich league – “The Premier League is not for the rich, but for saving football. If this continues, football will be gone and by 2024 we will be already dead. This is the only way to save everyone: big, medium and small clubs. ”

Shape Champions League – “The new UEFA Champions League look for 2024 is ridiculous. I have no personal interest in doing this. I am not the owner of the riyal but the president only because the riyal is owned by the members. I just want to save football. ”.

FIFA and UEFA – “We want to start as soon as possible. “We’ll talk to UEFA and FIFA, but they shouldn’t be angry, they know that.”

Barcelona – «Barcelona is going through a difficult economic situation, and Laporta understood and immediately accepted it like all the top clubs in the world. This Premier League will save the entire football world. ”

Tournaments of value – «We are talking about something very dangerous. Football has 4,000 million followers and these clubs alone have 2,000 million among them. You cannot lose all that money. There are people who think that these institutions are theirs. We want help. ”

Champions – “The Champions League is attractive from the quarter-finals, the rest is of little importance. “If we do that all season with five games on Tuesday and five more on Wednesday, he is unbeaten.”

Soccer in freefall – “We are risking the future of football. UEFA is not responsible. We lost 5 billion. We are on the verge of collapse and we must take responsibility. Football is in free fall. ”

The attack on CEFERIN – «Why aren’t UEFA and La Liga salaries posted? Why haven’t wages been cut like everyone else during the pandemic? We need more transparency. “We know the salary of LeBron James, but we do not know the salary of the president of UEFA.”

Start in August – “If we can start Superlega in August, then we’ll get started. We will do our best to start this year. We want to reach an agreement with UEFA and the other parties involved. We’ll talk about it with UEFA, FIFA and beyond. If we do not reach an agreement with UEFA, we will not return. If they want to wait until 2024 for a fix, they can wait. We are not waiting for anyone because we are in need. ”

MBAPPE– “Fans are always asking me to buy my Mbappe. My answer? I say don’t worry … the truth is he’s a good player, yeah. I never talked to Mbappe. At least for now. I don’t know what will happen to his contract with Paris Saint-Germain. ”

Sergio Ramos – «I love Sergio Ramos, but at Real Madrid we are in a very bad financial position. Nobody puts money in this club. Will he leave the club? I didn’t say that … a lot of things could happen. We will think about it at the end of the season. ”

Zidane and Moreno – “Zidane Saeed, he’s a great manager. The contract is in and we’ll see what happens at the end of the season. Mourinho? During three years with us, Jose helped us. We should thank him as well. ”

Paris Saint-Germain Bayern Monaco – “PSG has not been invited yet. We didn’t even talk to German clubs. We are now 12 clubs, we want to be 15 clubs. If Paris Saint-Germain and Bayern Munich refuse, the Premier League will not be canceled. This is nonsense. Rulers and VAR? “We will have the best, and we will change to do well.”