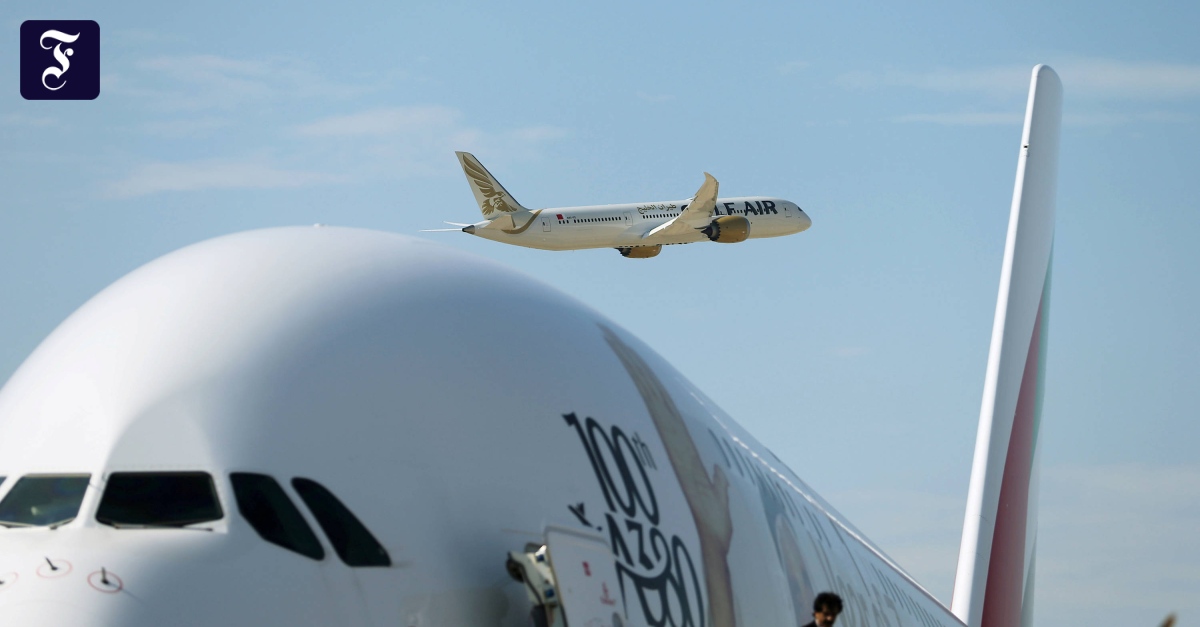 DrThe European Union and the United States are suspending punitive duties imposed in the dispute over support for Airbus and Boeing. Commission Chairperson Ursula von der Leyen said on Friday after a phone call with new US President Joe Biden that the two sides agreed to suspend customs duties for a period of four months in principle in order to find a solution to the years-old conflict. And the White House in Washington issued a similar statement.

Von der Leyen was quoted as saying that the decision was a “symbol of a new beginning” in transatlantic relations. The day before, the trade representatives of Great Britain and the United States had agreed on the same procedure. The Trade Commissioner Valdes Dombrowskis had recently offered to Biden in an interview with the Zairean Armed Forces to leave the conflict behind and work on “how we want to shape the promotion of civilian aircraft manufacturers in the future.” It is also related to China.

The World Trade Organization (WTO) has decided several times in recent years that Airbus and Boeing are being illegally subsidized with billions of dollars. In 2019, the World Trade Organization approved punitive tariffs for Americans on EU imports of $ 7.5 billion annually. In 2020 it allowed the European Union to impose duties on imports of 4 billion dollars (3.4 billion euros).

Tariffs not only since Trump

The European Union put its punitive tariffs into effect in the fall after Biden was elected. This has been interpreted to mean that European Union officials were not sure that the US trade policy stance would change under the Biden era. Indeed, it was noted with interest that Biden reversed many of the decisions of his predecessor, Donald Trump, upon taking office, but did not suspend the tariffs imposed on the European Union. In addition to punitive tariffs in the dispute between Airbus and Boeing, these are also tariffs imposed by the Americans under Trump on the import of steel and aluminum. The European Union offered Biden to suspend customs duties for half a year in both cases.

In addition to ketchup and tractors, European import duties in the Airbus and Boeing dispute also affect cranberries, nuts, tobacco products, rum, vodka, and game consoles. In addition, shovel and aircraft loaders are on the European Union’s punitive tariffs list. Penal fees are 15 percent on aircraft, and 25 percent on all other products. In addition to airplanes, US punitive tariffs affect wine from Germany and France, Parmesan cheese from Italy and olive oil from Spain.

The US side had taken the position that it had canceled tax exemptions for aircraft production in a timely manner, and that the EU tariffs had not been justified due to state support for Boeing. Under Trump, the Americans demanded the European Union repay aid paid to Airbus before negotiations began. There is no longer any question about that. The struggle over illegal subsidies to aircraft manufacturers is old and cannot be traced back to Donald Trump’s protectionist trade policy.