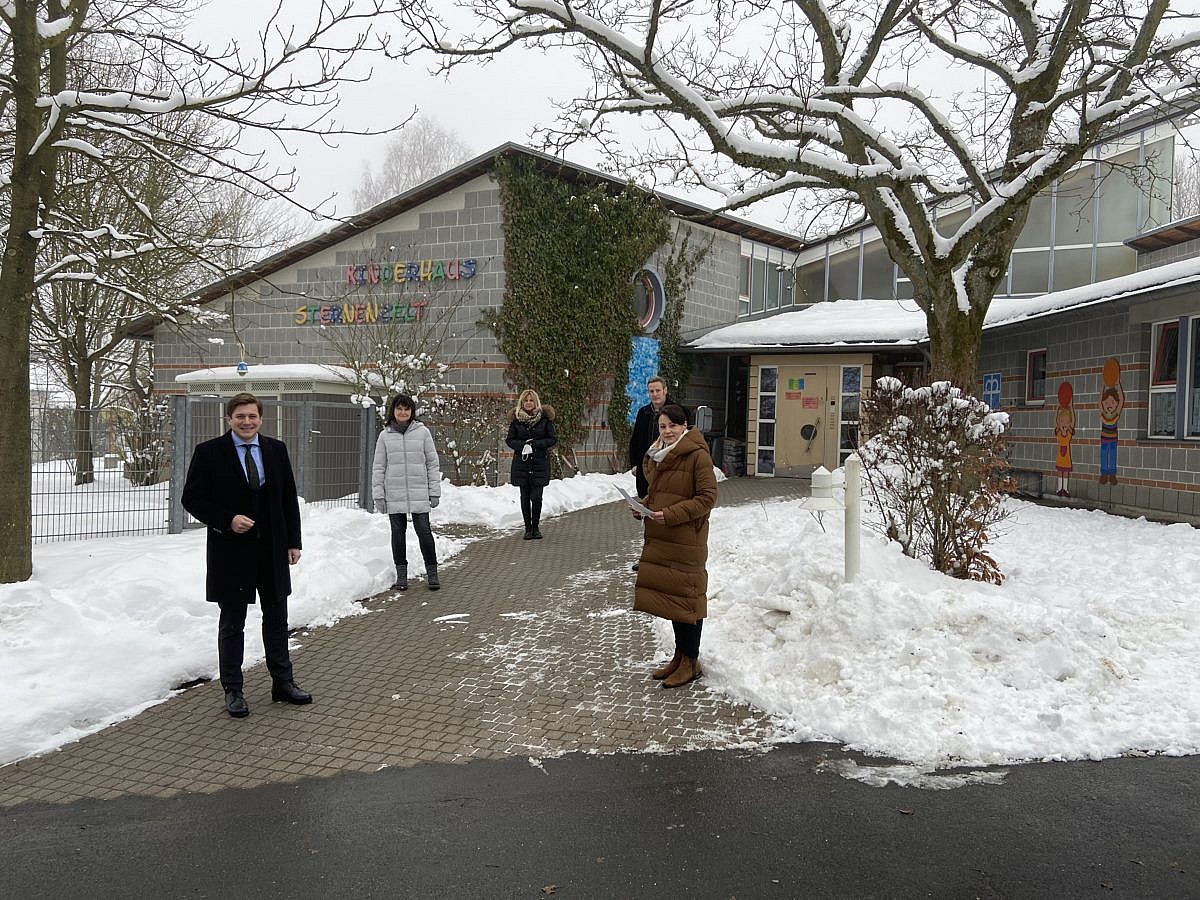 Wunsiedel – Since September 2013, the daycare center in Sternenzelt has had to live with a container solution. Until now, space requirements cannot be solved otherwise. Now the city has commissioned WUN Immobilien KU to plan and build. First Mayor Nicholas Lahovnik and Angela Schwartz, Director of WUN Immobilien KU, signed the corresponding contract.

“A remedy had to be found here. We want to support our families and do our best to create enough daycare places. After construction work has been completed on Holenbrunn Kindergarten, Waldkindergarten 2 and the Schönbrunn Kindergarten project currently underway, we can now also do it at the Sternenzelt day center.” Mayor Nikola Lahovnik says happily.

Wunsiedel and Diakonieverein Wunsiedel e. V. has tried and found a solution. The current building is being developed. The adjacent property was purchased by the Model Railroad Club of Wunsiedel, the building on which it is located will be demolished and an annex will be attached to the existing daycare center.

For this purpose, an inheritable building right contract was concluded with the Protestant parish. The proven operation of a daycare center by Diakonieverein Selb-Wunsiedel e. V. Remain unchanged.