Taiwan. Taipei can be conquered by 2022 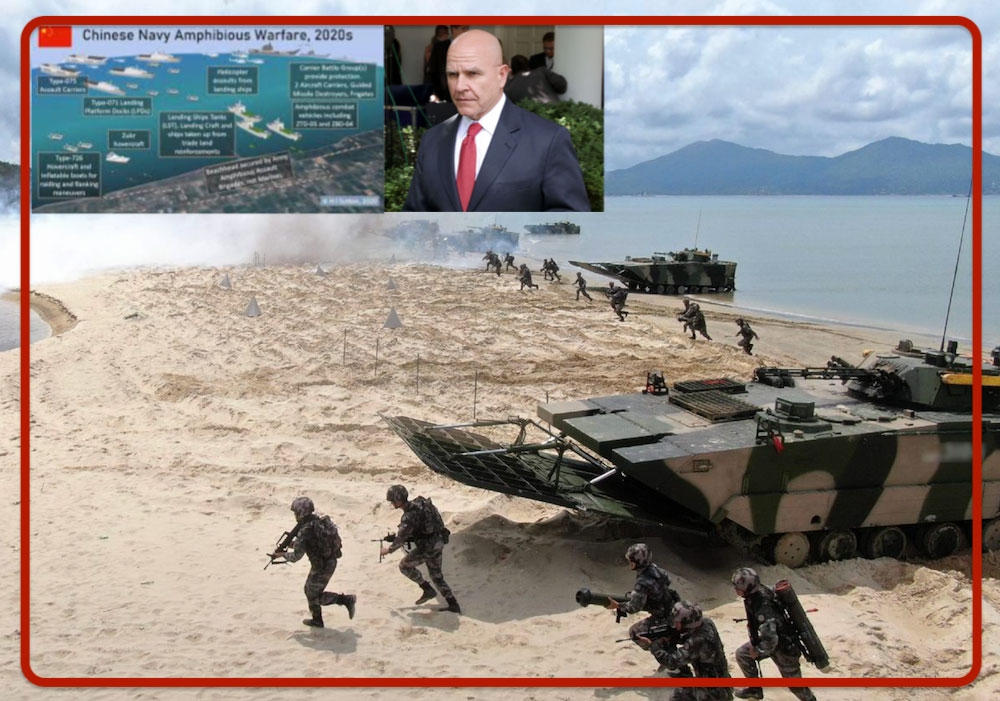 Former National Security Adviser HR McMaster He warned that the period of greatest danger to Taiwan begins in 2022 Onward, after the Beijing Winter Olympics and the Double National Congress of the Communist Party of China: “Taiwan is the next grand prize for China and it is the most important danger point that could lead to a large-scale war,” he said. McMaster, now a lecturer at the Hoover Institution at Stanford University, at a hearing before the committee.

McMaster, who was the Trump administration’s national security adviser from 2017 to 2018, said Chinese President Xi Jinping believes he has “a window of opportunity that closes, and he wants, from his point of view, to see China complete again.” , Citing Beijing’s crackdowns in Hong Kong and Xinjiang.

China says the United States should stop interfering in its internal affairs in these territories, a point that Chinese Foreign Minister Wang Yi confirmed last week.

A major crisis between China and the United States over Taiwan escalated to the summit of the conflict for the first time this year, in the annual Survey of Preventive Priorities. Council on Foreign Relations, Released in January.

The risk was not. 2 of US interests in the region shortly after North Korea developed nuclear weapons, according to the report compiled after interviews with US foreign policy experts.

Taiwan is the world’s largest semiconductor manufacturer, accounting for 22% of global manufacturing capacity, according to a 2020 Boston Consulting Group estimate.

For McMaster, the current policy on Taiwan is “appropriate, especially after we announced the Six Guarantees” in Taiwan.

Indeed, it is through actions that the US is demonstrating its commitment to Taiwan and discouraging Beijing. McMaster said both the Trump administration and the Biden administration have taken measures to secure Taiwan and send a clear message to China.

“There is a race underway to help Taiwan shore up its defenses to make itself indigestible before the“ greatest danger ”period from 2022 onwards. McMaster said it is important to maintain the ability of the combined forces to be stationed in the area, because what China is trying to do is create a barrier in the South China Sea that would make our coming very expensive. Defending any ally. “