Russia, China and Iran. One Hundred Days to Breakthrough Biden 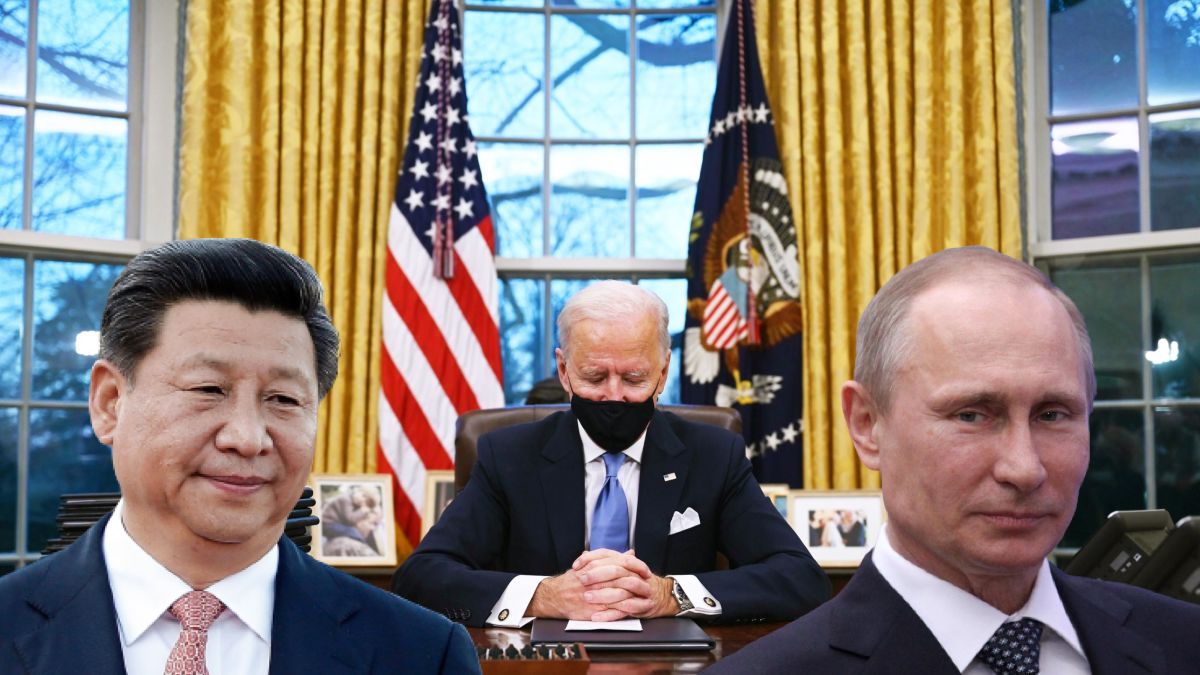 Diplomacy first. The first 100 days of Joe Biden’s presence in the White House confirm the turning point in American foreign policy. The next hundreds will say whether it’s an arc or a revolution. Russia, China and Iran, here are the hurdles along the way. Analysis by Brian Katulis, Senior Fellow at the Center for American Progress (CAP)

Three months into the oath, the pandemic and economic recovery remain the US president’s center of gravity Joe BidenAlthough laying the foundations for a new foreign policy.

Over the past month, Biden has begun to move on the international stage by sending a clear signal about his priorities in global affairs. China, Iran, Transatlantic Relations, Climate Change. The first hundred days in the Oval Office only had one motto: Diplomacy first. Over the next 100 days, a number of potential global security threats could affect his reform of US foreign policy.

Relations between China and the United States

The main problem to be solved remains the relationship between China and the United States. The Alaska Summit in March looked frozen on the outside, but, far from the spotlight, the dialogue continued and gradually took a more realistic turn. The two countries are still far apart on many fronts, including regional security, cybersecurity and economic affairs, but Special Climate Envoy John Kerry sealed a new bilateral agreement to work together on climate change on the eve of a major event. The Biden administration will be held this week.

Allies in Asia and Europe

Foreign Minister Anthony Blinken traveled to Asia and Europe to meet with allies and discuss a new framework for cooperation in various sectors. Of course, there is no shortage of challenges and difficulties in speaking in unison. In Europe, despite Washington’s changing tone and more cooperative approach, many questions remain unanswered. What will Europe do with Russia, Nord Stream 2, the global economy, technology and taxes?

A new diplomacy for Iran

International debates over the 2015 Iran nuclear deal in Vienna remain a priority for the Biden administration and one of the most influential on the track with other world powers. The fact that American diplomacy has taken a seat at the table and is pursuing constructive dialogue is an important milestone. The attack on Iran’s nuclear facility in April, along with a regular series of attacks and incidents in the Middle East, is a reminder of just how quickly events in the real world can influence Biden’s “diplomacy first” approach.

President Biden’s decision to withdraw all US forces from Afghanistan starting in early September has sparked heated debate. Many raised legitimate doubts about potential security threats that could arise from the decision. A repeat of what happened in Iraq between 2012 and 2014 after all US forces fled the country at the end of 2011. The most interesting thing to watch in the coming weeks will be how this decision will affect the diplomatic dialogue for a new political agreement in Afghanistan, and whether The security situation on the ground would have affected the negotiations between the Afghan government and the Taliban.

The long-term effects of Covid-19

Other challenges to Biden’s foreign policy will emerge in the medium to long term. The pandemic remains a major challenge for many countries around the world, even if the vaccination campaign elsewhere, especially in the United States, has seen a sharp acceleration. Biden’s appointment of Gail Smith to lead US vaccine diplomacy is a big step in global developments of the virus, and international observers must carefully watch what America intends to do on the vaccine front in the coming months with excess doses received.

READ  The United States and Japan: The meeting of the expanded bilateral dialogue on deterrence is taking place today

The Biden administration made the link between foreign policy and domestic economic recovery a major point in its novel “Middle Class Foreign Policy,” but has yet to reveal the details or explain what it really means. Treasury Secretary Janet Yellen, in a speech on April 5, provided a broad explanation of what the global economic commitment of the United States would be and proposed a minimum tax threshold for multinational corporations. Another key member of the administration, Trade Representative Catherine Tai, will play an important role in setting the agenda, especially towards China.

In addition to the pandemic and the economic crisis, other tensions are flaring up and may erupt soon. Russia has massed its forces on the Ukrainian border, and China continues to threaten Taiwan and conduct resolute diplomacy around the world. At any moment, an unexpected change could emerge in regions such as North Korea, which Biden described as the top priority for US foreign policy at his first press conference.

Biden has two advantages that could make his “diplomacy first” approach a winner. The first, internally: He’s receiving bipartisan consensus on his responses to the virus and the economy. The Republican Party itself is in turmoil over foreign policy and deeply divided, and this lack of unity makes blocking Republicans less dangerous, not to mention the narrow margin in Congress.

The second advantage is the Biden team’s experience and knowledge of the world. When it comes to foreign policy, Biden is undoubtedly one of the most experienced and recognized American presidents in recent years, given his past as vice president and chairman of the Senate Foreign Affairs Committee.

But in a world that is constantly changing, the unexpected will not decrease. Mike Tyson said, “Everyone has a plan so they get a punch in the mouth.” The Biden team changed the tune and started a new game that put American politics back on more stable paths than it was under Trump. But as he sharpens his vision, the world will respond, and that’s where things get interesting.