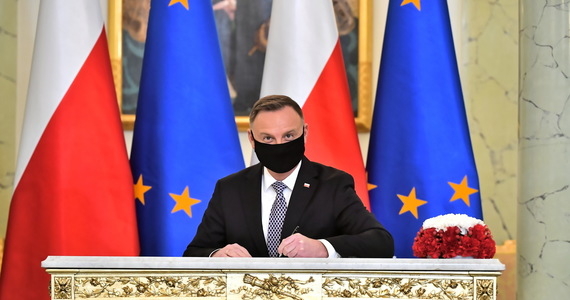 – In Poland, in the next two decades, we will build a new zero-emission energy system – the share of coal will drop from the current 70 to 11 percent. In 2040 – the President of the Republic of Poland announced at the Climate Leaders Summit. The initiator of the international event is the President of the United States, Joe Biden.

Poland participates in the ambitious aspirations of the European Union, which was the first global economy to adopt the goal of climate neutrality by 2050 and has increased the target of reducing emissions by 2030 to at least 55%. President Andrzej Duda said on Friday during the climate summit.

President Duda, speaking at the discussion at the Climate Summit hosted by US President Joe Biden, emphasized that Poland plays an active role in global climate policy.

He noted that during the COP24 in Katowice in 2018, this was agreed “under the leadership of Poland, the Katowice Rules Book, as well as the Silesian Declaration of Solidarity and Just Transition”. – The President said that this enabled the implementation of the Paris Agreement and raised the importance of the human dimension in the spirit of the principle that “no one can be left alone.”

As he noted, “The dynamics presented by Poland during COP24 contributed to the fact that the European Union, as the first global economy, has adopted the goal of climate neutrality by 2050 and has increased the target of reducing emissions by 2030 to at least 55 percent.”

READ  The US presidential election is rewriting history: You probably didn't know this about Biden, the fiasco 33 years ago

He added, many countries followed the same path. In particular, I congratulate President Biden on the United States’ return to the Paris Agreement and on the increased ambition to reduce carbon dioxide emissions by 2030 – the Polish President said.

And Andrzej Duda stressed that “the climate is of special interest to the countries of the Three Seas Initiative.”

We will not change the reality with just political statements. That is why in Poland in the next two decades, we intend to build a new energy system that is zero emissions, thanks to which the share of coal will drop from the current 70 to 11 percent in 2040 – the Polish leader said during a summit.

He also emphasized, “It is not only a response to the arrangements within the European Union, but above all a response to the expectations of the younger generation of Poles. He indicated that this week he met with the Youth Climate Council, which brings together young representatives of NGOs in Poland who are fighting to protect The natural environment and climate.

He explained that an agreement was reached on Thursday after a long social dialogue between the mining community and representatives of the Polish government on excluding coal from electricity production by 2049.

Leaders of about 40 countries, including China, India, Brazil and Russia, are due to participate in the two-day summit, which began on Thursday. Due to the pandemic, the event will be hypothetical.

Biden, who decided on the first day of his presidency to return the United States to the Paris climate agreement, hopes other nations will join the United States in ambitious commitments to drastically cut greenhouse gas emissions.

Prior to his speech at the climate summit organized by President Joe Biden, President Andre Duda participated in the expert panel “Climate – Economy – Society. Future Challenges” at the Presidential Palace. Read more: President Andrzej Duda: We are in a very developed country

President Andrzej Duda will be the guest of “events” on Friday. Interia’s editor-in-chief, Piotr Witwicki, will speak to the head of state. The broadcast will be available from 19:20 on Polsat TV, Polsat News, polsatnews.pl and Interia.

Hazel in Graffiti: The European Union has let us down many times
Polsat News