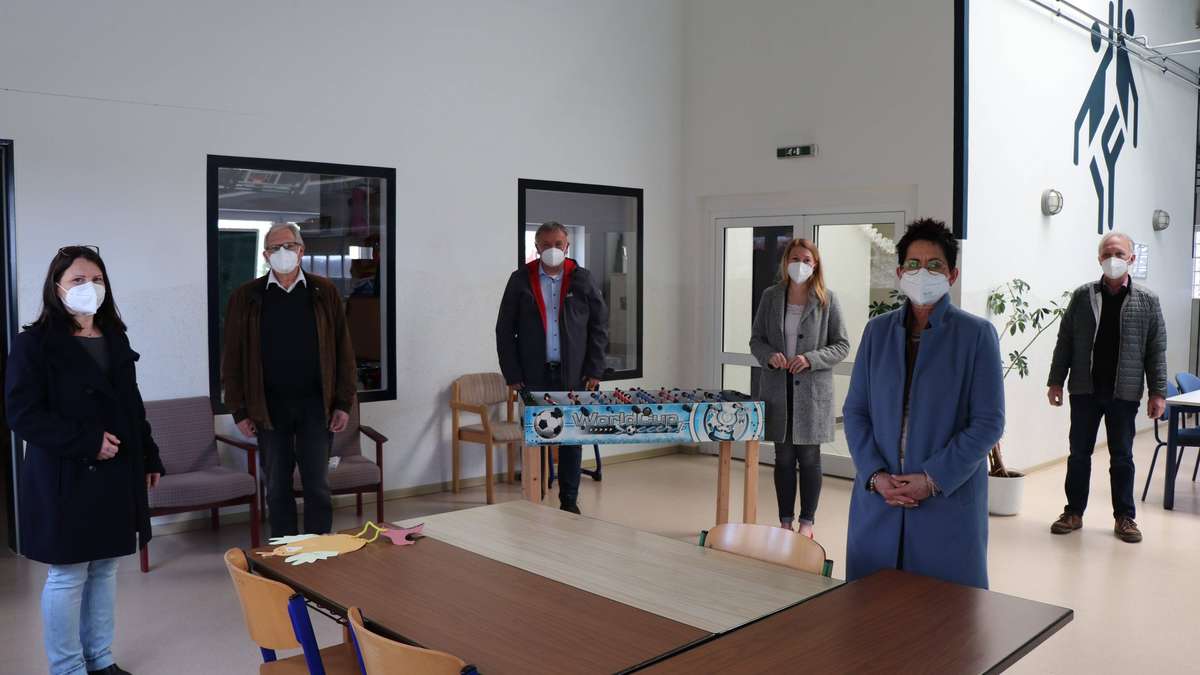 Bahrenborstel – The “Adventure Land” in Bahrenborstel will be closed on June 30, 2021: In operation for no more than a dozen children since November 2010, rooms previously used by the After School Care Center on the top floor of the Old School will be transferred to another area of Kindergarten located below. However, there is no need to give up “adventure”.

How is it closed? In inquiring about the need for care and comparing these registrations, it was found that some parents have registered their children in several welfare facilities in the integrated community in Kirchdorf. After adjusting for this duplication, it became clear that “we could not make an offer for about ten to twelve children,” says Sandra Messner, deputy head of the citizens’ service department in Kirchdorf municipality. However, in order for the legally required places to be offered from the new kindergarten year onwards, one group was planned Container To be set up in an existing facility. An emergency solution for which funds were made available immediately.

An emergency solution is not on the table

An emergency solution no longer served, because many discussions between the Evangelical Lutheran Church as the operator of two facilities in Scheringhausen and in Bahrenburgstel, Bahreinburgstel Mayor Matthias Steloh, representatives of Dorfkidsteam, a local club and athlete from Bahrenborstel, Director of the Building Authority Olaf Heuermann and Sandra Messner and Mayor Heinrich Kamacher were found It is now: rooms Horts The top floor of the old school in Bahrenburgstel is being converted to make it kindergarten-friendly so that the facility can provide a third group for 25 children, explains the school principal weEllen Schuller.

The Hortbetreuung It was required and therefore should not disappear completely. “It is a volunteer mission and we have to look at the financial matters,” warns Kamacher. With the Evangelical Lutheran Parish, respectively the Church Office in Solingen, the idea became one Great day care Developed with up to ten care places: This is set up in the room in the gym where Village children And meet the elderly. No adjustments are necessary for this. Village children and other groups should have a meeting house on the Remise of the Heimatverein across the street. TSV Holzhausen-Bahrenborstel also offers its renovated meeting club.

Requirements will be clarified with registrations

It is not yet clear to what extent the new day care will be offered. Birgit Greve of the Church District Office explains that two full-time teachers should be assigned to provide care between the hours of 1 p.m. and 5 p.m., if possible five days a week. The Requirements This should be clarified with the registration. Greve only sees an opportunity to get skilled workers if the after-school care center is open five days a week – you don’t get an application for only two days, after this short period of work. The future team should definitely coordinate with the elementary school in Kirchdorf, because the daycare offer is aimed exclusively at elementary school students. They were having lunch at the new daycare center, using the proximity to the daycare center and the kitchen.

At the Bahrenborstel daycare center, a breach must occur between the ground floor and the upper floor. “We encourage freedom of movement and care so that children can use both levels in the future without leaving the building,” explains director Eileen Schuller.

For the necessary construction work, the VA and Kirchdorf City Council provided an unscheduled sum of € 35,000. Funding of around 23,000 Euros is hoped to be secured through the New Directive on Granting of Grants for Investments in Day Care Facilities for Children from Age Three to School Attendance, leaving around 12,000 Euros in costs for the entire community.

Approvals for organizational changes are available, explained by Kammacher and Meißner. The two teachers who previously worked in the After School Care Center will switch to the Bahrenborsteler Kita team at their request.