“Francis is a pioneer and a very important voice who will accompany us all the way to the Glasgow conference.” Keri spoke 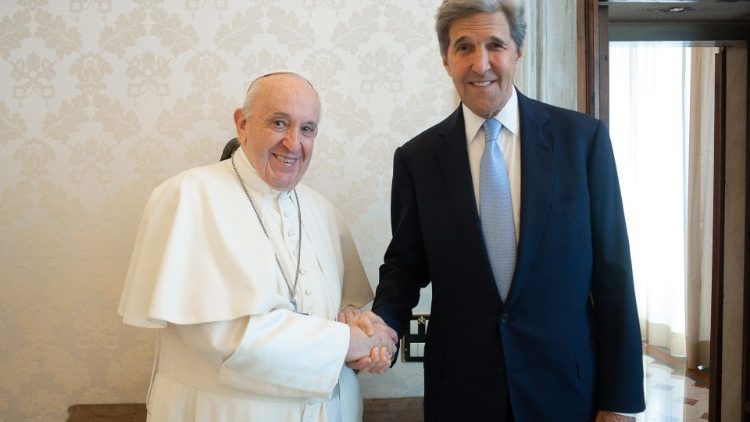 Special Envoy for Climate John Kerry visited Pope Francis this morning. This was reported by the Holy See, without disclosing any comments or a detailed list of topics, which Kerry included in Vatuvan News. 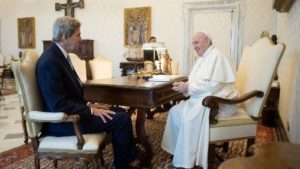 “The Pope is one of the greatest voices of reason and a convincing moral authority on the issue of the climate crisis” and his voice today is “more important than ever” in the face of the environmental emergency afflicting the planet: this is what John said. Forbes Kerry, Special Envoy of the President of the United States for Climate Affairs, said, In an interview with Vatican News, immediately after his meeting this morning in the Vatican with Francis.

Kerry called the Pope a “prologue,” and predicted the times: “His Encyclical Laudato si” is a very powerful document, very eloquent and very convincing from an ethical point of view. And I think it will be a very important voice that will accompany us all the way to the Glasgow conference, which I think he intends to participate in. We need everyone in this fight. All world leaders must unite and every nation must do its part. I believe that the Holy Father speaks with a unique moral authority. “

Every country should – and Kerry stressed – commit according to what they can. In fact, “There are differences between countries, between what they can do and what they do today. These differences have been incorporated into the Paris Agreement. There is a common but differentiated responsibility. We all have a common responsibility, this is the key. No country is exempt from the need to take On the other hand, we do not expect an economy that is so small, emitting small amounts of greenhouse gases, to do the same thing that we are doing. We know, we are the second greenhouse gas emitter in the world. China is the first. After The United States is there India and then there is Russia and other countries. But the line to follow is this: No country can solve this problem alone. We all need to take steps forward. The United States needs to allocate its fair share of funding to do what it can to help Reducing emissions, we do it! President Biden has set a goal of cutting our emissions over the next decade by 50-52%. But we need other large emitters to do their part by making the cuts. You can’t keep using a coal-fired power plant and To really be part of the solution we need. We all share the same duty. No single country can carry out this work. If the United States is a zero-emissions tomorrow, we are still in crisis. We account for only 11% of all emissions in the world. Hence, 89% relate to other countries. 20 countries are responsible for around 73.75% of emissions. So those 20 countries, the most developed in the world, have a special responsibility. But everyone has a responsibility to be part of the solution. “

And in an interview with Coursera today, the former Secretary of State of Obama (1017/2013) said: “There is nothing more important than cooperation between the United States and China on climate.”

Asked whether the issue of human rights could impede the climate dialogue, he said, “I hope not,” adding, “We are committed to trying to keep a separate track on climate, which does not include exchanges or dealings with others.” Climate issues. It is the climate, and it is an issue in itself. We will not compromise on human rights to anyone or other aspects that other members of the government follow. ” Will China accept it? “Yes, there are issues that they have strong opinions on, but they mentioned that one of the areas we can cooperate in is climate,” Kerry said. Regarding the topics of the meeting with Prime Minister Mario Draghi, Kerry explained that they spoke of “the urgency of the climate crisis and the economic opportunity if we face it: the technological transformation will be massive and Italy will have the necessary skills and a central role. COP26) in Glasgow, which it co-chairs. Kerry’s call to “not rely too much on natural gas.”