Federations: “Fake news is also a problem for the economy” 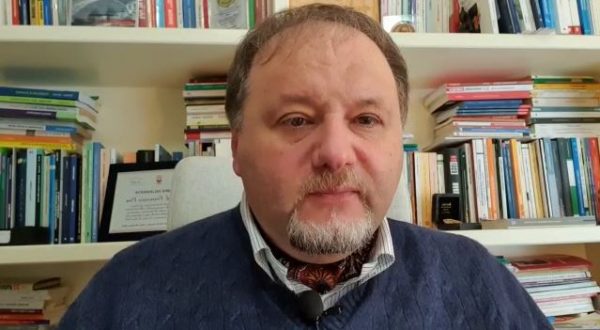 Watch the video above

In recent weeks, a hurricane misinformation Based on False news Many countries have been hard hit and this is causing great harm not only from a health point of view, but also from an economic point of view because delaying vaccination may also slow down the economic recovery.

“We need continuous work of good information by the press and accountability by those who run the Internet platforms. In fact, among the main channels for spreading fake news, there are social networks and quick messages, if we take into account one data among the many data, which is that in the year 22,400 fake tweets about the epidemic emergency were removed.Head of the observatory on False news Federations, Francesco Perra.

“The spread of disinformation has undermined the vaccination campaign – Pera continued – Because not only did it undermine the usefulness of the vaccine, it fostered a climate of fear and uncertainty among the population, but it damaged the reputation of those who invested resources in research and worked hard for months to find an antidote to the virus. So it is imperative to intervene immediately and find a counter-flow to help with the vaccination campaign. How to do We will need a working team of callers able to ensure the best information and appropriate social media campaigns for the benefit of both citizens, institutions and companies“.

“Recent research from the London School of Hygiene and Tropical Medicine – Follow the head of the observatory, Francesco Perra – We came to a disturbing conclusion: misinformation could cause a dramatic decrease in the number of people willing to undergo vaccination against Covid-19. This survey was conducted on more than eight thousand British and American citizens to assess the impact of disinformation on the attitude of the population towards the vaccine.“.

“According to the results, before exposure to the news – he explains –54.1% of Britons and 42.5% of Americans indicated willingness to receive vaccination, while during the second interview, after receiving incorrect or misleading information, services decreased by 6.2% and 6.4%.“.

“Moreover, Reading Science recently analyzed more than 215,000 content to study Italians’ perceptions of vaccines. The analysis shows that the only vaccine that has had a negative impact on reputation is the AstraZeneca vaccine, which between February 9 and March 19 2021 accumulated a vertical collapse in positive comments. Even more surprising data is other data – Pera concluded –And that is that the vaccines that collect the positive comments and reactions are those that are not currently being distributed in Italy“.

“How many months supposed about the negative effects that fake news could have produced even in a certain period like the one we are seeing due to epidemicsA – The President of the Confassocissioni concluded, Angelo Diana – Not only did it happen but it was inflated. We are certainly not surprised by this because we realize that we live in an age of fast-paced, super-fast information, and as long as it is positive, it works strategically, but when it is negative it is discouraged from a strategic point of view. Hence the consideration, as President Beira pointed out, in the presence of a working group of contacts who stop misinformation at the source by helping citizens know where the truth is actually located. On our part, thanks to the National Observatory of Fake News and also thanks to the strength of our network of 700 organizations, the commitment to limit, if not stop the rampant misinformation today and in the near future, so that I hope, our example from a point becomes an ocean“.