The new Lifesize Monopoly attraction is preparing to conquer audiences all over the world in Saudi Arabia.

specialist Al Hokair He just launched a new immersive experience in Saudi Arabia that is poised to conquer the local visitors and, by extension, the audience from all over the world keeping in mind the large tourist flows in the region. This is brand new Lifesized Monopoly, which reinvents the timeless Monopoly game, but developed on a human scale. The Riyadh attraction opened and features an 80-minute physical version of the popular board game.
Players must race around a full-size Monopoly board along with traditional tokens in a hybrid attraction.
The new gaming site also marks the debut of this type of license outside the UK. Mohamed Attia, General Manager of Entertainment at Al Hokair GroupHe explains: “We have chosen Riyadh to host the first of many projects that will mark a milestone in the development path of the group. Monopoly Lifesize is a life-size version of Monopoly that offers the ability to jump on the board and build the real estate empire of your dreams “in a new setting, where the degree of immersion is much higher than any other experience.” The game – he adds – is built as a hybrid product capable of combining escape rooms And board games and team challenges: in other words, a lot of fun.” 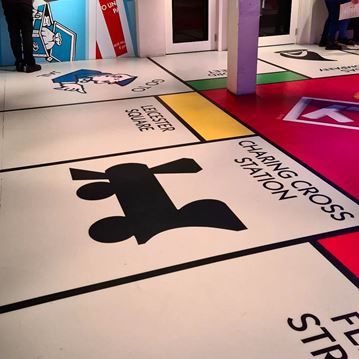 The Vice President of Hasbro Entertainment based on the position, Matt ProulxHe adds: “Monopoly Lifesize in London won Best Location-Based Entertainment at this year’s International Licensing Franchise Awards, and we are delighted to bring this award-winning experience to residents and visitors to Riyadh. It represents a timeless classic, Monopoly, and we’re excited to continue providing more rewarding ways for families and future generations to interact with the brand. At Hasbro, we recognize the tremendous brand-building opportunities, as part of our Blueprint 2.0 strategy, and we’ll continue to bring these exciting experiences to life, just like a lifesized Monopoly game.”