An accident at an Iranian nuclear facility 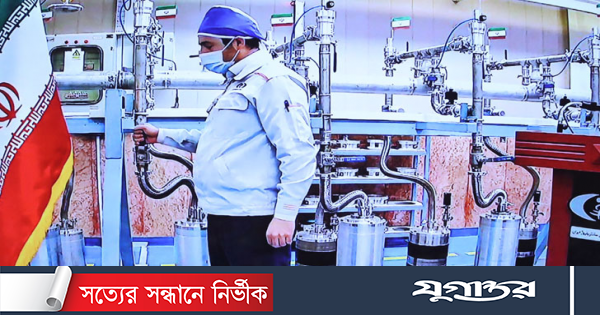 The accident occurred due to an electrical failure at Iran’s Natanz nuclear facility. Reuters quoted Press TV in the country as saying.

Behrouz Kamalavandi, a spokesman for the Atomic Energy Organization in Tehran, said an accident occurred in the electrical circuit at the uranium enrichment facility.

The cause of the accident is unknown, he said, adding that an investigation is underway.

An accident occurred at an Iranian nuclear facility, according to Agence France-Presse. But there were no casualties or damage.

Meanwhile, Iran is supplying gas to several modern centrifuges at the Natanz nuclear reactor. The country also unveiled dozens of its achievements on Saturday, the day of the National Atomic Technology Day celebrations.

Iran has taken these initiatives to show that its nuclear program is peaceful. Al-Jazeera and Reuters reported this.

Meanwhile, Iranian President Hassan Rouhani reiterated his commitment to nonproliferation. On Saturday he visited a state-of-the-art centrifuge in Natanga.

Rouhani also opened several projects via video link from Tehran. Among these, 133 are technological innovations for civil and medical uses.

Tehran demonstrated this after it began talks in Vienna to reactivate the 2015 nuclear deal with world powers.

The first week of talks ended on Friday on a positive note. The meeting was attended by Iran, China, Russia, Germany, France and the United Kingdom.

Iran’s largest nuclear facility is located in Natanz, Isfahan. Instructions have already been issued to equip 184 IR7 centrifuges with gas, including ten SWUs.

The IR7 is the most popular centrifuge Iran has currently installed. Centrifuges of this model are installed for industrial-stage uranium enrichment.

In response to a question from an engineer about this, Rouhani said, “We can manufacture this device without relying on any foreign country.”